Valimai First Look Will Not Release On Ajith Kumar's 50th Birthday. Here's Why

In the film, Ajith Kumar plays the role of a cop 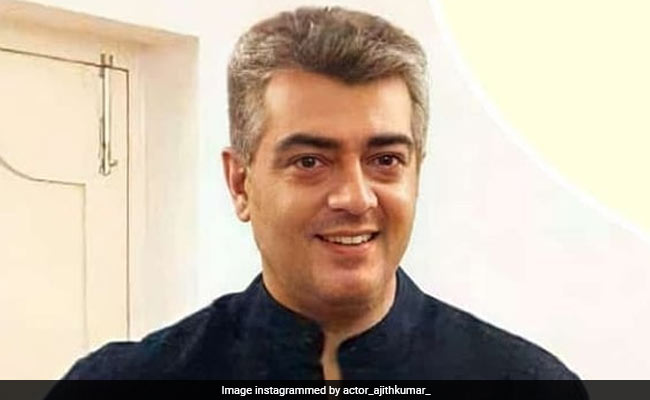 South star Ajith Kumar and his work-in-progress film Valimai occupied the top spot on the list of trends on Saturday after producer Boney Kapoor announced that the first look of the film won't release on Ajith's 50th birthday on May 1. The makers have taken the decision because of the second wave of the coronavirus in the country and its impact on people. On Friday night, Boney Kapoor issued a statement that read: "We had announced that we would be releasing the First Look of our film 'Valimai' on May 1, 2021 to coincide with Shri Ajith Kumar's 50th birthday. At the time of making the announcement, none of us had even anticipated that the 2nd wave of Corona Virus would spread across India like a tsunami. At this moment, lakhs of Indians are affected by financial hardship and emotional trauma due to loss of family members and friends."

"At this critical juncture, Zee Studios & Bayview Projects along with the Artists' and Technicians of our film 'Valimai' have decided to postpone the first look release of our film to a later date. Let us all join hands and pray for everyone's well-being and safety," read the full statement.

Valimai is a Tamil action-thriller, directed by H Vinoth. It also features Huma Qureshi, Kartikeya Gummakonda, Raj Ayyappa and Sumithra. In the film, Ajith Kumar plays the role of a cop.

In March, Boney Kapoor had announced that Valimai first look will be unveiled on Ajith Kumar's birthday. "The first look and the promotions of #Valimai will be initiated from May1st on the occasion of Mr #AjithKumar's 50th birthday #AK50," he had written in a tweet. Valimai was initially titled AK60 and then AK50.