Unpaused Review: As a freewheeling rumination on loneliness, distress and lingering hope, the anthology, buoyed by a slew of terrific performances, is a pertinent commentary on a pandemic and its depredations. 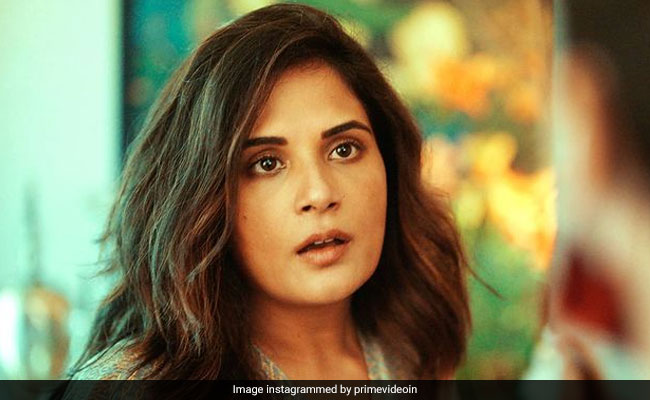 Unpaused Review: A still from the anthology. (courtesy primevideoin )

Mass banging of plates and chants of "go, Corona, go" - inarguably the worst ways in which a nation can prepare for a fight against a pandemic - make it to two of the shorts that are part of Unpaused, an Amazon Prime Video anthology of five lockdown stories from Mumbai. The sight of men and women out on their balconies drumming up collective cacophony to scare away the virus holds a mirror to a society that needs little inducement to abandon science.

In Tannishtha Chatterjee's Rat-a-Tat, a senior citizen calls the police to complain about the racket made by a neighbour but the cop refuses to take cognizance. The collective clanging of thalis also figures in Nikkhil Advani's The Apartment although the act does not have a direct bearing on the story of a woman driven to the edge by her perfidious husband.

That apart, the anthology opener Glitch, directed by Raj & DK, without directly alluding to it, borrows some of the absurdity of India's initial response to the Covid-19 pandemic to craft a zany narrative about a man who resorts to desperate measures when faced with the invasion of the deadly microbes.

Chance encounters, lucky breaks and the class divide are foregrounded in Unpaused, filmed post-lockdown in controlled environments. When five directors - actually six because one of the shorts is helmed by a duo - create films in isolation, tonal consistency is hard to achieve.

One isn't complaining though. The diversity of approaches only makes Unpaused that much more interesting as you, in one go, watch five distinct films on a common theme. It has it all: the quirky and the straightforward, the deadpan and the uplifting, the emotionally affecting and the thought-provoking, the poignant and the humorous. It straddles a range of experiences that together serve to direct our attention towards the impact the pandemic has had on lives and livelihoods.

The 113-minute Unpaused, an Amazon Prime original, is bookended by two dissimilar efforts. The three linking shorts, although varied in style and essence, address what superficially look like shared concerns. They throw light on the social dynamics of the "new normal" and the difficult-to-bridge chasm between the haves and the have-nots, which the pandemic has exposed more cruelly than anything ever has.

The makers of Unpaused, however, are not at liberty to be out on the streets to fictionalize the despair of migrants forced to trek back home during the lockdown. But a couple of the shorts do touch upon the plight of the large unorganized workforce that operates without a safety net in our big, heartless cities.

In Glitch, the fallout of the pandemic receives irreverent treatment. Scripted by Reshu Nath, it is a love story infused with sardonic wit. A hypochondriac (Gulshan Devaiah) finds himself on a blind date with a deaf-mute "virus warrior" (Saiyami Kher), his exact opposite on the pandemic scale. His cocooned life is in danger of being disrupted.

The man is cooped up at home, hiding. The woman is out on the vaccine research frontline, fighting. You might quibble that the surrealism of Glitch plays out in a bubble of sorts, but it is great to watch. Shot by Pankaj Kumar, it has a strikingly bright colour palette that not only lends the film an otherworldly feel but also heightens the visual contrast between the two worlds that collide. Additionally, with the two characters using sign language to communicate, the performances draw upon elements of mime.

Unpaused closes with Chand Mubarak, a completely different kettle of fish. But this short, too, has two individuals with divergent perspectives on the lockdown. Directed by Nitya Mehra (also the co-writer with Vidur Nauriyal and Tarun Dudeja), the short features a superb Ratna Pathak Shah as a woman who lives alone. One night, she is out to buy medicines. A policeman stops her because she is particularly vulnerable to the virus.

The lady is bundled into a three-wheeler. The autorickshaw driver (Shardul Bharadwaj), a migrant from Bijnor, is unable to return to his wife and two daughters for Eid. An unlikely bond develops between the two - an old spinster with no family and a man separated from his family - and each begins to understand a hitherto unfamiliar world. Turns out that they share a love for the Sufi mystic Amir Khusro (Chaap tilak sab chheeni mose naina milaike plays on the soundtrack, transporting the audience to another milieu).

Avinash Arun Dhaware's Vishaanu, featuring Abhishek Banerjee and Geetika Vidya Ohlyan as a couple from Rajasthan evicted from their home for not paying rent. They sneak into a sample flat - it is in an incomplete highrise on the construction site where they worked until the pandemic rendered them jobless. Hunger now stares them in the face but the two try to make the most of their time in the luxury apartment.

Three of the films - Rat-a-Tat, The Apartment and Chand Mubarak - are about a woman whose life is altered by a younger person who drifts accidentally into her life. In Tannishtha Chatterjee's film, written by Devika Bhagat, a grumpy 65-year-old woman (Lillete Dubey) responds coldly when a young neighbour (Rinku Rajguru) enquires if the former needs any help. But an incident triggers an extended encounter between the two women, enthusing the older one to reopen a chapter from her past.

Advani's film focuses on a successful media entrepreneur, Devika (Richa Chadha), whose husband Sahil Khanna (Sumeet Vyas), the editor of the magazine she owns, is accused of sexual misconduct at the workplace. Self-loathing is her first reaction. And then, an intruder (Ishwak Singh) rings the doorbell. The man has other ideas. But does Devika have the patience to hear him out?

As a freewheeling rumination on loneliness, distress and lingering hope, Unpaused, buoyed by a slew of terrific performances, is a pertinent commentary on a pandemic and its depredations. Significantly, at least three of the shorts (Chand Mubarak, Rat-a-Tat and Vishaanu) have the potential to resonate beyond the turmoil unleashed by a deadly virus and the face masks, sanitizers and disinfectants.

While highlighting the personal, these films also bring the social and, tangentially, the political to the fore. Any favourites? For technical panache, Glitch and Vishaanu. For substance, Chand Mubarak and Rat-a-Tat. Highly recommended.