Sara Ali Khan posted a video on Sunday which captures her greetings to Salman Khan outside the sets of Bigg Boss 13 in Mumbai. 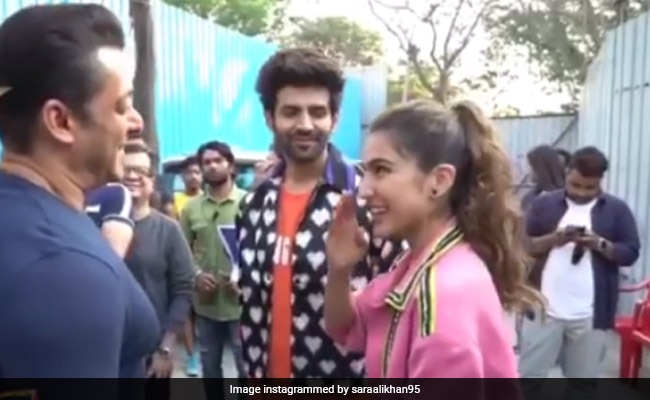 Sara Ali Khan is trending again for her adaab to Bigg Boss 13 host Salman Khan. Her greetings to Salman before the show have gone viral, with netizens showering their love for Sara. The actress posted a video on Sunday which captures her greetings to Salman Khan outside the sets in Mumbai. The Kedarnath actress has been busy promoting her new film Love Aaj Kal with co-actor Kartik Aaryan. Recently, the duo were on sets of Bigg Boss 13 and shared the stage with host Salman Khan on the Weekend Ka Vaar episode, which aired on Sunday. In the promo video posted by Sara Ali Khan on Instagram, she is captured greeting Salman Khan with an adaab while having a conversation before entering the Bigg Boss house.

Don't you think Sara Ali Khan's adaab to Salman Khan was too cute?

Sara's fans have commented with several heart emojis on her post. Some have lovingly written "Love you Sara" while some were eagerly waiting to see the episode which was filled with fun and frolic with the two actors.

Sara Ali Khan will also feature in the remake of 1995 film Coolie No 1 alongside Varun Dhawan. The movie is all set to release May 1. Meanwhile, Kartik Aaryan is on his next films including Bhool Bhulaiyaa 2 and Dostana 2.