The extravagant 50,000 square-foot mansion was bought by the Piramals from Hindustan Unilever six years ago 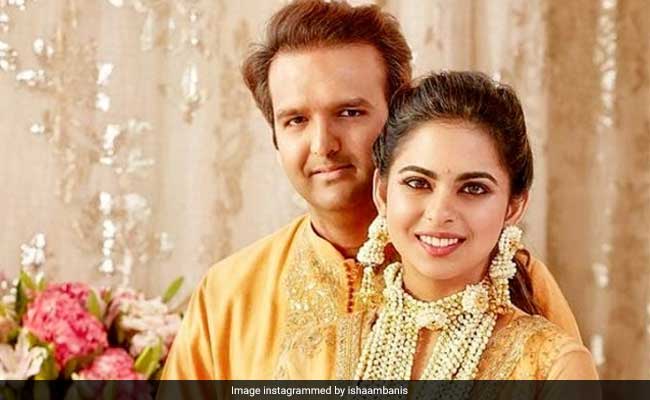 Mukesh Ambani's daughter Isha Ambani and her husband Anand Piramal's Mumbai residence, named Gulita, found a spot on Friday's list of trends after the Internet rediscovered pictures from the magnificent bungalow. Several media reports, including International Business Times and Times Of India, reported that the sea-facing bungalow in Worli is worth Rs 450 crore. The extravagant 50,000 square-foot mansion was bought by the Piramals from Hindustan Unilever six years ago and it was gifted to Isha and Anand as their wedding present. Inside pictures of the plush property are now circulating on social media, which give a glimpse of the state-of-the-art interiors and home decor.

According to the International Business Times, most of the decor items in Isha Ambani's bungalow have been imported from abroad and a room in the mansion is designed on diamond theme. Several towering chandeliers also adorn the house.

Outside Isha Ambani's marvellous bungalow is a lush garden and it has the space to park up to 20 luxury cars. Take a look at inside pictures of Isha Ambani and Anand Piramal's bungalow Gulita:

Making home made ice cream! Thank you to the hostess with the mostest. @_iiishmagish love u! Your home is amazing! I wish you love and laughter always. Here's to many more girls nights! @aliaabhatt u Missed the madness by minutes! Love all u ladies!

We made icecream at home! (And thats probably the only thing we can confess to doing on a public platform because what happens at girls night, stays at girls night! ) Thankss @_iiishmagish your home is BEAUTIFUL!! @priyankachopra @radhikamerchant @srishtibehlarya @tam2cul

Isha Ambani married Anand Piramal (son of Piramal Group chairman Ajay Piramal) in a lavish ceremony hosted in Mumbai at the Ambani residence Antilia. Bollywood celebrities such as Shah Rukh Khan, Aamir Khan, the Bachchans and Kareena Kapoor among others were in attendance.

Before the start-studded wedding celebration, the Ambanis hosted a grand pre-wedding party and a sangeet ceremony in Udaipur where Beyonce was the lead performer. Several foreign dignitaries, including Hillary Clinton, attended the Udaipur bash.