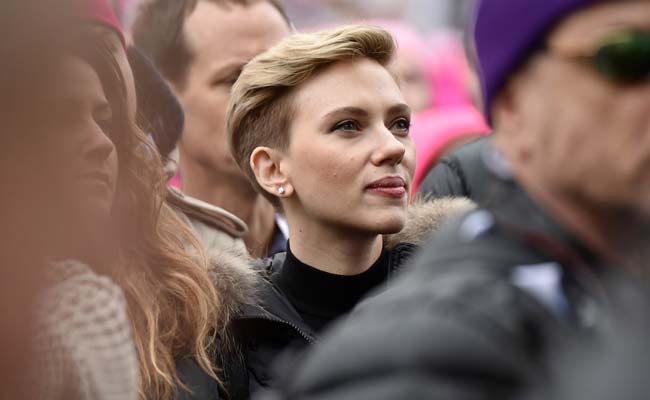 "Actors who are trans never even get to audition FOR ANYTHING OTHER THAN ROLES OF TRANS CHARACTERS. THATS THE REAL ISSUE. WE CANT EVEN GET IN THE ROOM. Cast actors WHO ARE TRANS as NON TRANS CHARACTERS. I DARE YOU," Jamie Clayton, a transgender actress who appeared in Netflix's Sense8, said in a tweet that was liked more than 30,000 times.

"Nowhere in this tweet did I say that S.J. shouldn't play this character. I'm bringing attention to an issue that doesn't get acknowledged. Hire actors who happen to be trans for ALL KINDS of roles and this issue goes away," Clayton later added.

Johansson is set to portray Dante "Tex" Gill, who ran a massage parlor business and prostitution ring in 1970s and '80s Pittsburgh. The movie, helmed by British director Rupert Sanders, doesn't have a release date - but it's garnered a lot of attention.

"Oh word?? So you can continue to play us but we can't play y'all?" trans actress Trace Lysette, known for her role in Transparent, tweeted Tuesday. "I wouldn't be as upset if I was getting in the same rooms as Jennifer Lawrence and Scarlett for cis roles, but we know that's not the case. A mess."

"And not only do you play us and steal our narrative and our opportunity but you pat yourselves on the back with trophies and accolades for mimicking what we have lived . . . so twisted. I'm so done," Lysette added.

Johansson didn't appear to do herself any favors when, upon being asked for comment, one of her representatives told Bustle, "Tell [critics] that they can be directed to Jeffrey Tambor, Jared Leto, and Felicity Huffman's reps for comment." All three actors have portrayed transgender characters: Tambor in Transparent, Leto in Dallas Buyers Club and Huffman in Transamerica.

Many believe that transgender characters should only be portrayed by those who identify as transgender, particularly because transgender actors often have trouble finding work in Hollywood.

"I hope the Scarlett Johansson controversy doesn't keep the amazing story of Jean Marie Gill aka Dante 'Tex' Gill from being told - if Johansson was smart, she'd find a new director, take the role of Tex's girlfriend Cynthia, and give a trans actor a big break," tweeted YouTube star Grace Randolph.

But, as Bustle pointed out, there is a good deal of controversy over whether Gill identified as transgender. The website wrote that "Hollywood Reporter describes [the character] as 'a woman [Jean Marie Gill] who succeeded in Pittsburgh's 1970s and 1980s massage parlor and prostitution business by assuming the identity of a man, Dante 'Tex' Gill.' However, other publications like Vulture have described Johansson's character as a 'transmasculine crime boss,' while others, like the Pittsburgh Post-Gazette, called the real-life Gill a lesbian 'who dressed like a man in suits and ties, wore short hair and sideburns and preferred to be called 'Mr. Gill.' "

Likely fueling the outrage is the fact that Johansson and Sanders came under fire for the last movie they made together, Ghost In The Shell. In it, Johansson portrayed a Japanese woman in a white cyborg's body. Many saw this as whitewashing.

"It was particularly heinous because they ran CGI tests to make her look more Asian," actress Constance Wu said at the time, referring to reports, denied by Paramount, that the studio altered her appearance with CGI, according to the Hollywood Reporter. "Some people call it 'yellowface,' but I say 'the practice of blackface employed on Asians' because that's more evocative."

The movie was a flop, and at least one executive claimed the casting controversy was why.

"We had hopes for better results domestically. I think the conversation regarding casting impacted the reviews," Kyle Davies, domestic distribution chief for Paramount, told CBC.