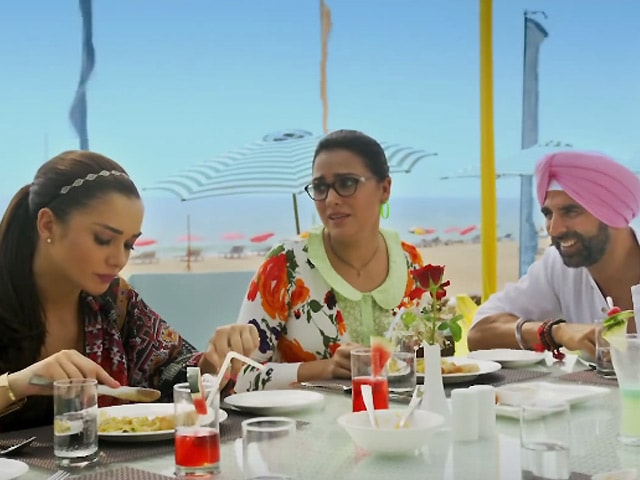 A poster of the film Singh is Bliing.

New Delhi: Actor Akshay Kumar is all set to add Bliing to the silver screen today with the release of his action comedy film Singh is Bliing. The actor teamed up with his Rowdy Rathore director Prabhu Deva for the film, which also stars Lara Dutta and Amy Jackson.

A birds-eye-view on the film's trailer and songs film promises Singh is Kinng like action, comedy and drama. But, Akshay also clarified to fans that the film is not a sequel to the 2008 film, which featured actress Katrina Kaif opposite him.

Hollywood cinema will be represented by Matt Damon's The Martian. Directed by Ridley Scott, the film is the story of an astronaut (played by Matt Damon) who is stranded on Mars and uses his scientific knowledge to survive. The film is based on a sci-fi novel by Andy Weir.

In Masaba Gupta Vs Food, Guess Who Won?