"When you are full of cheeks smile even more," wrote Ekta Kapoor 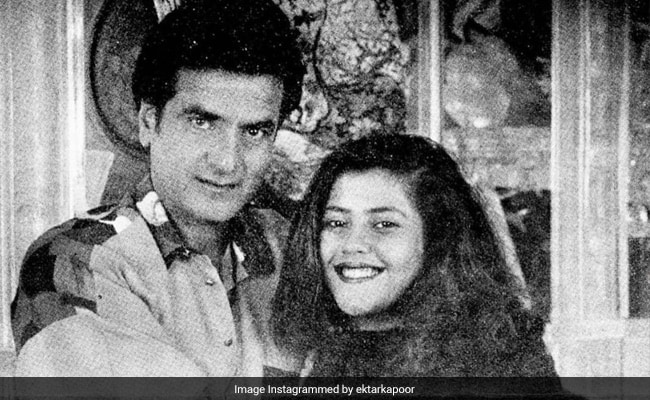 Ekta Kapoor struck gold in her photo archive on Wednesday and decided to share the precious throwback on her Instagram profile. The greyscale picture features the producer along with her dad and veteran actor Jeetendra. Ekta Kapoor captioned the post: "When you are full of cheeks smile even more." She added the hashtag #throwbacknhow. The comments section of Ekta Kapoor's post was filled up with remarks from her Instafam. "Aww," commented Huma Qureshi. Nimrat Kaur dropped heart emojis. "Such a cute picture," read another comment. "How sweet," commented another Instagram user.

Ekta Kapoor loves to share throwback pictures, featuring her family. See some of the posts here:

Jeetendra, one of the top actors of the Seventies and Eighties, is known for his performance in films like Swarag Se Sundar, Jaal, Aisa Pyaar Kahan, The Burning Train, Locket, Sanjog, Yeh Desh, Aulad and Jaani Dushman.

Ekta Kapoor and her mother Shobha Kapoor, who own the production house Balaji Telefilms, have produced films like Dream Girl, Once Upon A Time In Mumbai, Dolly Kitty Aur Woh Chamakte Sitare, Udta Punjab, The Dirty Picture and Veere Di Wedding to name a few.