Instead, let's take a look at one thing that improved the story and consider briefly why it did so. 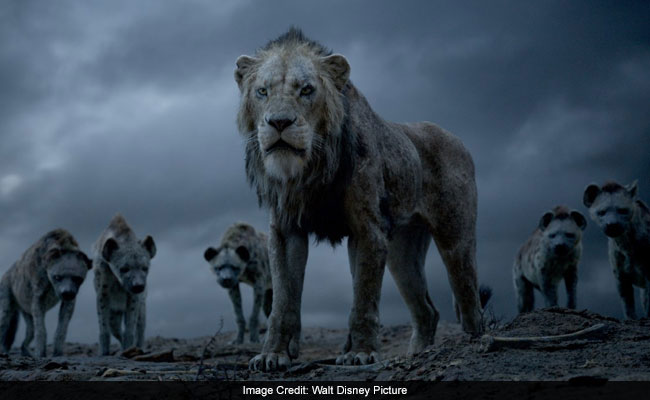 The Lion King is exactly what we thought it was.

It's a massive financial hit, racking up more than half a billion dollars around the world in its first few days of release. It's an impressive technical achievement, a lifelike re-creation of many different types of animals that resembles something like a David Attenborough-narrated nature documentary. It's utterly superfluous and unnecessary, a rehash of a cartoon that was itself a massive financial hit, one that spawned what could be credibly considered the most successful Broadway show of all time. It's the symbol of creative decadence, the logical culmination of the creative cul-de-sac that is intellectual property-driven filmmaking.

Because The Lion King is exactly what we thought it was, there's not much point in reviewing it or decrying it. It is the definition of review-proof. Decrying will simply leave your throat sore. Instead, let's take a look at one thing that improved the story and consider briefly why it improved the story.

Much has been made of the transformation of cartoons to photorealistic computer-generated imagery, and I agree with most of the teeth-gnashing and garment-rending. As K. Austin Collins noted in his review of the remake for Vanity Fair, striving for reality rather than caricature has its drawbacks.

"It's a lesson in why we value animation in the first place," Collins wrote of the difference between the two styles. "We value it for, well, its animated nature: as a medium to convey emotions that are bigger onscreen than in real life, and exaggerated expressions, flights of fancy, a complete rejection of physics. But this film favors technological wizardry over its story."

There is much here to agree with; likewise, with Bilge Ebiri, who pines for the warmth of hand-drawn 2D splendor. But one area in which the change from animation to photorealism has truly helped The Lion King is the treatment of the hyenas. In the original Lion King, the hyenas had a bit of menace to them, but they were comic figures first and foremost, sinister a distant second.

And even their scariness was a bit hammy. Who can forget watching hyenas goosestep in formation while the villainous Scar (Jeremy Irons) gazes down upon them, a shadow-lands "Triumph of the Will"? They're a bit like the weasels from "Who Framed Roger Rabbit?": malicious, sure, but dunderheaded and too funny to be truly frightening.

Jon Favreau's commitment to realism renders the hyenas in The Lion King far more terrifying because, in reality, hyenas are filthy creatures whose bark pierces the ear and whose mange troubles the eye. When one sees a hyena, you imagine it smells about as bad as it looks, flesh rotting in sharp, dangerous teeth attached to a pit-bull-strong jaw. The black eyes reveal a darkness of soul. While they riff with each other, the hyenas in Favreau's film are no joke: he shoots them low to the ground as they chase Simba (JD McCrary) and Nala (Shahadi Wright Joseph) through the elephant graveyard, emphasizing their terrifying mandibles and grotesque almost-dog faces while their jaws snap into the camera.

Additionally, the voice work on the hyenas is far superior to the voice work for the rest of the film. The bickering of the Mutt-and-Jeff-style sidekicks voiced by Keegan-Michael Key and Eric Andre inject just enough levity into the proceedings to keep the hyenas from devolving into pure menace (this is a kids' movie, after all), while Florence Kasumba's Shenzi is pure malice brought to life. One believes that these are, in fact, creatures that could destroy any land they come into contact with out of avarice and greed.

Which brings me to one last point: The change in emphasis of the hyenas from humor to horror helps highlight the subtext of The Lion King in both its iterations. As others have noted, this is a deeply reactionary story, literally about the dangers of letting outsiders enter your homeland to pillage and destroy the society you've carefully built and maintained. The photorealism of the hyenas only emphasizes this theme: Whereas the more traditional animation highlighted their goofy grins and googly eyes, the hyenas here are, simply, revolting.

And this is why the hyenas of The Lion King (2019) succeed and offer the rare improvement over the original. They are designed to inspire revulsion - one can understand why Simba and Nala want nothing more than to see their expulsion from the Pride Lands - and that revulsion in turn reveals the picture's subtext.