Sharing the photo, Virat Kohli called the actress his "rock" 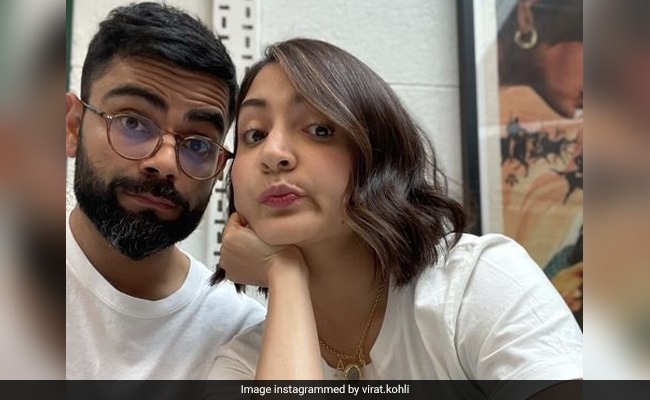 Anushka Sharma and Virat Kohli are the cutest. Agree? The duo made their fans go aww on Sunday morning by sharing an adorable photo of themselves on social media. The now-viral picture, posted by Virat Kohli on his Instagram profile, features Anushka Sharma making a goofy face while clicking a selfie with the cricketer. The couple can be seen twinning in white t-shirts. Sharing the photo, Virat Kohli called the actress his "rock." He wrote: "My rock" with a red heart icon. Most of their fans called them "cuties" in the comments section while others described them as the "king and queen." See Virat Kohli's post featuring Anushka Sharma here:

Anushka Sharma and Virat Kohli got married in 2017; they welcomed Vamika in January this year.

Earlier this month, on Virat Kohli's birthday, Anushka Sharma wrote a note for him that read: "No filter needed, for this photo and the way you lead your life. Your core is made of honesty and guts of steel. Courage that pales doubt into oblivion. I know no one who can pick themselves up from a dark place like you can. You grow better in every way because you hold on to nothing in you as permanent and are fearless. I know we are not ones to talk to each other through social media like this but sometimes I just want to scream and tell the world what an amazing man you are Fortunate are those who really truly know you. Thank you for making everything brighter and more beautiful. Oh, and Happy Birthday cuteness!"

Reacting to her post, Virat had commented: "You are my strength. You are my guiding force. Grateful to god every day for us being together my love. I love you."

In terms of work, Anushka Sharma has worked in films like Rab Ne Bana Di Jodi, PK, Band Baaja Baaraat, Sultan and Ae Dil Hai Mushki. She was last seen in the 2018 film Zero. Her last project as a producer was the Netflix film Bulbbul and it was a massive success.