The Glory Of Avengers: Endgame Is It Will Make You Believe It's Just The Beginning For Marvel Studios

So many moments were taken straight from the pages of the comic books, a nod to whom the late Stan Lee always referred to as the "true believers." 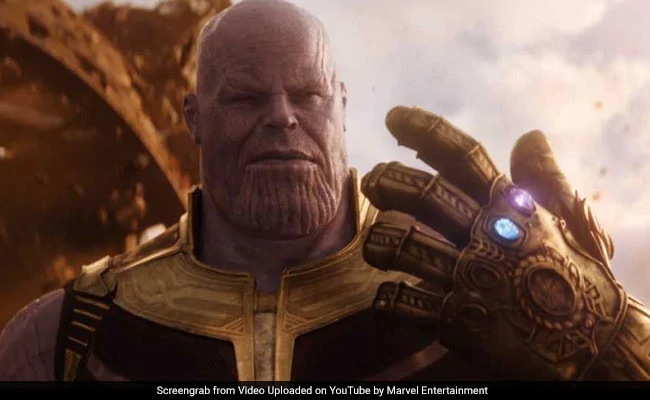 Though half the movie is sombre, it gives way to a final act worthy of the hype (courtesy YouTube)

Avengers: Endgame is a momentous achievement and a superhero cinema event like no other.

It's the exclamation point placed at the end of a standard-setting decade of dominance at the box office from Marvel Studios. And it's an action-packed and emotionally charged thank-you to the fans who have made the Marvel Cinematic Universe the unstoppable force that it is today.

While it seems like everybody is going to see Endgame based on pre-sale ticket numbers, not everyone will appreciate the eye-popping comic-book nods, which are so geeky that not even your younger Wizard magazine-reading self would believe it.

Those surprises might fly over the heads of film critics who secretly yearn for the superhero era of movies to end (it's not going to, by the way), but the moviegoers who screamed when Thanos appeared in a post-credits scene in the first Avengers movie in 2012 will shake their heads in joyous disbelief.

Those moments, so many of them taken straight from the pages of the comic books that Marvel Studios President Kevin Feige has made a mission to respect, serve as winks to an audience that gets it.

Those that get it, of course, are who the late, great Stan Lee always referred to as "true believers." The ones who always had faith in the storytelling prowess of Marvel Comics. Those who knew the Marvel movie brand was on the cusp of something special in 2008 with Iron Man. This is for the fans who were invested in multiple superhero movie franchises, and rooted for an all-star cinematic team-up - something that had never been done before, and Marvel Studios made look easy 21 times in a row.

Director-brothers Joe and Anthony Russo use a three-hour runtime to give every original Avenger their due. Though half the movie is deeply somber, it gives way to a final act worthy of the hype.

Robert Downey Jr. gives an all-time performance as Iron Man, the role he was born to play, and Chris Evans provides the hope and humanity that we've come to expect from him as Captain America. These two are proof that Marvel Studios has continuously hit the bull's eye when it comes to casting their superheroes (Terrence Howard and Edward Norton aside).

Scarlett Johansson's Black Widow, who should have been the first Marvel Studios heroine to lead her own solo movie franchise, spends much of Endgame trying to keep the idea of the Avengers alive post-Thanos. Mark Ruffalo gives his best Bruce Banner performance - even better than Thor: Ragnarok - and will make you forget there were two other actors (Eric Bana and Ed Norton) who were once the Incredible Hulk. Chris Hemsworth may go down as the funniest Avenger ever (eat your heart out, Paul Rudd/Ant-Man). Even Hawkeye (Jeremy Renner) makes up for that lackluster brainwashing performance in the first Avengers film.

But for all the praise, there's still plenty of pain, as well.

The stakes are the highest they've been in a MCU movie, with a cloudy feeling of permanence hovering over Endgame that wasn't there in last year's Infinity War. We knew this film would involve the Avengers trying to fix what Thanos took from them in the last movie - namely, half the universe. But at what price?

Endgame is a roller coaster of fandom emotions that are hard to have a full handle on until the credits begin to roll. The realization that you've just seen Marvel Studios arrive at the end of their first Avengers saga, a bold and ambitious master plan that began with Iron Man, is just as overwhelming as the movie itself.

Is Endgame perfect? No. The best Avengers movie? Yes. By a lot. The No. 1 MCU movie of all-time? I remain loyal to Captain America: The Winter Soldier, also directed by the Russo brothers and likely the reason (along with Captain America: Civil War) they were given the keys to the Avengers mansion. But the final moments in Endgame are so stunning you could say it's no less than 1A - though a Darkhawk or New Warriors movie in the MCU's upcoming fourth "phase" could have me readdress those rankings.

You'll laugh. You'll cry. The glory of this movie is that it will make you believe that this is just the beginning for Marvel Studios, despite it so clearly being the end of something special.