The Chris Brown Mug Shot Tells The Story Of A Life

Mug shots tell a story. Chris Brown's is a tale of everything that has gone missing. 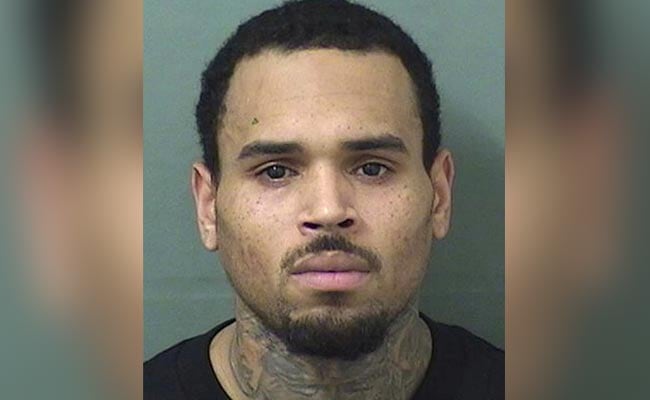 Chris Brown has been arrested again, and he looks bad. It's a particular kind of bad. The singer does not look like a celebrity fresh from a chaotic night of partying - the kind of TMZ leading man whose physical state leaves fans both stunned and concerned. He doesn't call to mind a heartthrob in the throes of acute immaturity. Nor a tough guy with a swagger as fierce as his anger-management problem.

He looks vacant and sad. But mostly he looks resigned.

Fresh from the stage of his current concert tour, Brown was booked Thursday in the Palm Beach County jail on a felony battery charge from a 2017 incident in which he allegedly attacked a photographer in Tampa, Florida.

The sad trajectory of his life - astonishing talent, youthful fame, narcissism, misogyny, domestic violence, multiple assault allegations and public temper tantrums - was wholly captured in a single sorry mug shot. He not only is stripped bare of the accoutrements of celebrity, he is devoid of distinction, standing in front of an institutional green backdrop with his corner-barbershop haircut and his black crew neck. No jewelry. No fashion. Even his neck tattoo is a blur of murky ink. Brown doesn't look defiant or angry; he simply looks tired. He looks a decade older than his 29 tumultuous years.

Every mug shot has something to say. Most speak volumes. This one communicates like a long, mournful sigh.

Historically, the mug shots of the famous have a tendency to shock. Sometimes they upend a studiously maintained persona, and fans are left feeling as though some awful truth has been revealed, a truth that might always have been there but was camouflaged by stylistic gloss or obscured by a wall of publicists. The revelation leaves us disappointed and sad.

When James Brown was arrested in 2004, his startling booking photograph was of a disheveled man baring his teeth in less a smile than a grimace. His hair - his style signature, his pride - was a ratted mess. His troubled life had been famously filled with accusations of domestic assault and abuse, but we had elevated that story into one of culture and society, race and poverty. Then with that raw, intimate mug shot, the Godfather of Soul was brought down to earth. The 2002 Nick Nolte mug shot showed a wild-haired man in a garish Hawaiian shirt. His problems with substance abuse were made plain. It was the underbelly of Hollywood, the aftermath of white-hot fame.

Other times, the picture confirms everything we always assumed. It magnifies the person's flaws, and we revel in the schadenfreude.

If people assumed Paris Hilton to be overly indulged and selfish, her mug shots from the early aughts only served as confirmation. When she was arrested for driving under the influence and driving without a valid license, her mug shots showed the heiress wearing a vaguely sheepish expression, like some teen-queen prankster who had mooned a group of senior citizens on a dare. Neither worry nor concern were evident in her expression. She looked like a privileged young woman who knew that everything was going to be just fine. She did not look repentant; she didn't have to.And when former congressman Tom DeLay, R-Texas, was charged with conspiracy and money laundering, his mug shot showed a man wearing a suit and tie and the practiced grin of a backslapping politician. It was a portrait of politics in close-up: smarmy and slippery.

If Chris Brown's mug shot speaks of anything larger than the man, it is that he is not exceptional. His talent didn't exempt him from anything. Mostly, his mug shot is striking for what is absent. For its hollowness. For the clouded-over eyes. There is nothing there.