The trailer has been released in India in English, Hindi, Tamil, and Telugu. 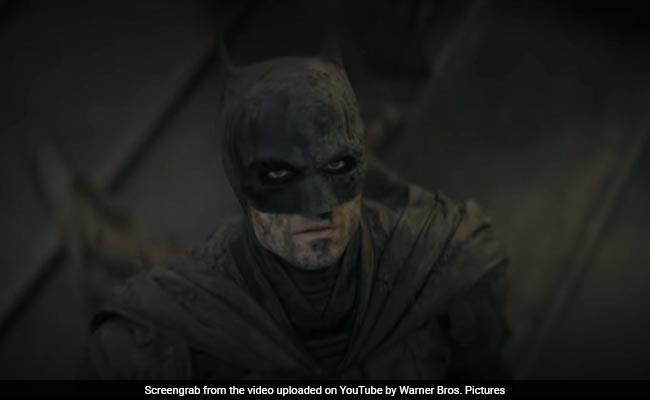 The Batman trailer: Robert Pattinson in a still from the film. (Image courtesy: YouTube )

The new Batman trailer is here and action-packed would be the best way to describe it. The first complete trailer forThe Batmanhas Robert Pattinson in the iconic lead role and was released on Saturday as part of the DC FanDome virtual fan event. The trailer reveals that the film is making no bones about upping the “dark” quotient with violence galore in the 2 minutes 38 seconds video. The Cape Crusader packs a punch and much more in the clip that features Gotham City shrouded in gloom, perpetually seen in a shade of grey. And, Batman even states in the trailer quite ominously, “It's not just a call… It's a warning.”

Directed by Matt Reeves, the trailer of The Batman starring Robert Pattinson begins with the arrest of The Riddler. But fans of the masked vigilante know that the lead antagonist will never go down without an epic fight. And, while we don't see The Riddler's face in the trailer, it has been confirmed that the character is played by Paul Dano.

This time around, billionaire Bruce Wayne is allowing his alter ego, Batman to adapt to violent measures to curb the menace of the serial killer, who is obsessed with him. Joining him in the pursuit of justice is Zoë Kravitz as Selina Kyle or Catwoman. Andy Serkis as Alfred Pennyworth and Colin Farrell as Oswald Cobblepot aka Penguin also make an appearance in the trailer.

In addition to directing The Batman, Reeves also co-wrote the screenplay with Peter Craig and is producing the film with Dylan Clark.

The screen adaptation of the iconic fictional superhero began with a 15-chapter serial titled Batman in 1943, with Lewis Wilson playing the lead role. Over the years, the role has been portrayed by several renowned actors including Michael Keaton, George Clooney, Christian Bale, Ben Affleck, among others. Directors Christopher Nolan, Joel Schumacher and Zack Snyder have directed movies based on the character in the past.

The Batman will release in theatres on March 4, 2022, and will be distributed worldwide by Warner Bros. Pictures, makers said as part of the trailer release.