The Accidental Prime Minister trailer was unveiled on Thursday 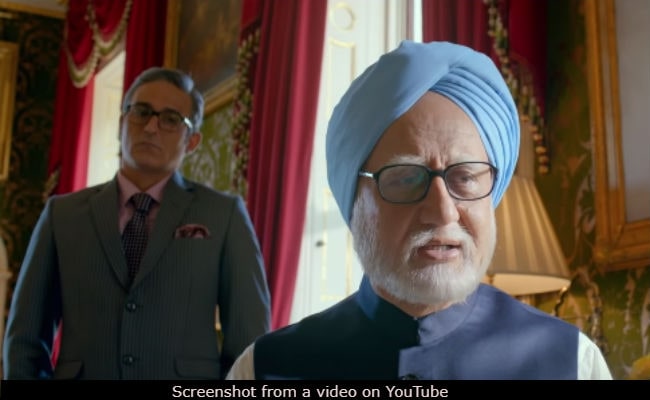 The Accidental Prime Minister, delves deep into the internal politics of the Congress party and how Manmohan Singh handled the situations. The trailer also features Aahana Kumra and Arjun Mathur playing the roles of Priyanka Vadra and Rahul Gandhi, respectively in the film. You can't deny their uncanny resemblance to the real-life characters. Suzanne Bernert, who plays the role of Sonia Gandhi, plays a pivotal role in the film.

Watch the trailer of The Accidental Prime Minister here:

Earlier in the day, Anupam Kher had shared a video of himself with Akshaye Khanna in sync with the characters from the film and thanked him for being "an amazing co-star". "Dear Akshaye Khanna. Today being the release of our trailer of The Accidental Prime Minister. I want to say that you have been an amazing and most giving co actor. Your brilliance rubbed on me and it helped me bring out my best. You are an inspiration. Thank you," he wrote.

The Accidental Prime Minister is all set to hit the screens on January 11 next year. Hansal Mehta is the creative producer of the film.