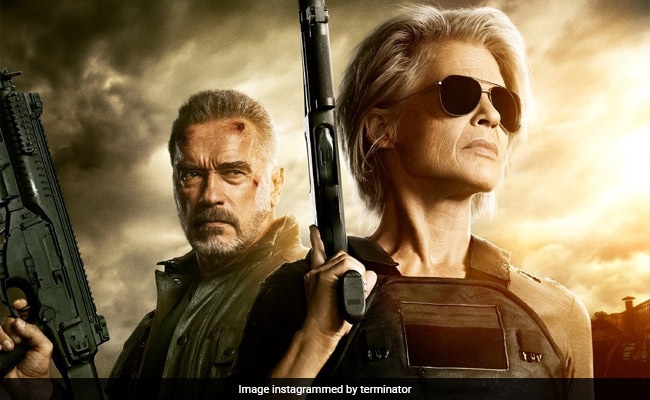 Terminator: Dark Fate Movie Review: Isn't time yet for the series to be terminated (courtesy terminator)

Travelling through time to save the human race from extinction was never as much fun - for the actors and the audience alike - as it was in Terminator 2: Judgment Day (1991). That was all of 28 years ago, before a whole generation of moviegoers was born. After three follow-ups that did not deliver on the hype, Terminator: Dark Fate provides a degree of recompense. The film recaptures some of the old verve and delivers a straight-up admixture of AI fantasy and visceral action.

Dark Fate raises hopes of a renewed burst for the long-running, if uneven, franchise that began in 1984 with The Terminator, a modest budget sci-fi whimsy that made a killing at the box-office. James Cameron, the writer-director of the first two films of the franchise, is back (as producer, not as director). His touch shows in the way Terminator: Dark Fate pans out.

Just as crucially, the sixth film in the series reunites Arnold Schwarzenegger (as a reformed, grizzled version of the "Terminator" T-800) and Linda Hamilton (as the crusty, crafty original badass female action hero Sarah Connor) after a lapse of nearly three decades. Both are still dry, high-impact gunpowder. 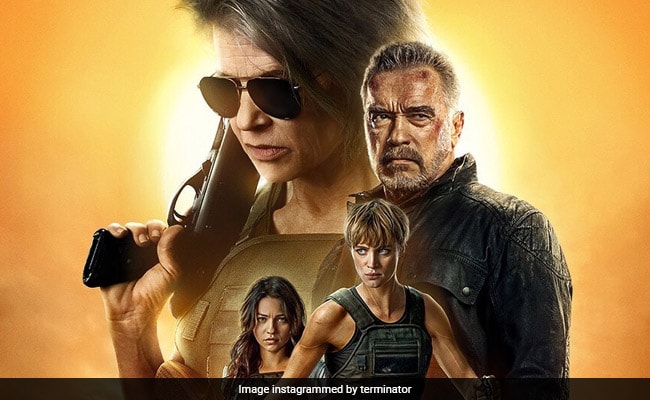 Hamilton was in her mid-30s when she played the saviour of mankind in Judgement Day and Schwarzenegger was 44. The former is now 63, the latter 72. It is great to watch the two ageing stars amp up the energy to heady heights, marshalling the film through territory that is sometimes all too familiar and predictable. To boot, the film has nothing new to offer by way of either plot or the visual effects-laden action, so you need steady, experienced hands on the tiller.

Cameron, the creator of the franchise, obviously knows the game inside out, and so do Arnie and Linda. Dark Fate rattles along at breakneck speed, opening up ample space for three strong women to drive the narrative. The film is always entertaining enough for the audience to stay glued to the screen.

Dark Fate rides more on Hamilton's battle-scarred warrior persona than on the now surprisingly serene figure embodied by Schwarzenegger, who, after a brief appearance in a prelude, makes his entry late in the film as a terminator-turned-family man who does drapes for a living. Sarah's frown and the transformed terminator's sangfroid define the parameters of the film.

Add to that the energy that the part human, part machine Grace, played with notable flair by Mackenzie Davis, and the spunky Dani (a convincing turn by Colombian actress Natalia Reyes), and you have a film that holds its course nicely and firmly.

This time around, the pop culture hand-me-down, "I'll be back" (first spoken by Schwarzenegger in The Terminator), makes it to Connor's lips. The line comes at the end of a high-octane action scene early in the film. It hits home in more ways than one. The most significant purpose it serves is establish the Connor's pre-eminent status in this sequel.

Carl - that is the name that T-800 has assumed in his new avatar - offers to help his 'wife' with the groceries and, on being probed, asserts that "I'm a good listener and I'm funny." The humour in that utterance isn't lost on the audience. The killing machine has developed a conscience. In a later scene, ahead of one of the film's many showy, elaborately mounted action sequences, he reveals how he dissuaded a customer from opting for solid colours for a little girl's room. Put butterflies, polka dots and balloons on the curtains, he had told the buyer. Well, even machines can change. "The past has caught up with me and I won't be back," the one-time Terminator pronounces.

Dark Fate opens with a brief prologue. It is 1998. Sarah, having "prevented the future" and "saved 3 billion people", is having a good time with her son on a beach in Livingston, Guatemala. Terminator T-800 appears from nowhere and guns down the boy. Cut to 2020 Mexico City, from where a new, explosive face-off between the machines and the human resistance across time zones, between the present and the future, is about to begin.

The Machines send a new Rev-9 model Terminator (Gabriel Luna), back in time to kill Daniella 'Dani' Ramos, a car factory worker in danger of losing her job. A cybernetically augmented super-soldier from the future, Grace, is brought back from 2042 to protect the girl. The female fighter's job is cut out and she cannot afford a slip-up. "Everybody dies if you don't make it," she says to Dani when matters threaten to come to a head.

Much earlier, the indestructible Terminator fetches up at the door of Dani's home and claims he is a friend of hers. The girl's father lets him in. Instantly, all hell breaks loose. Dani loses her old man. Then her brother Diego (Diego Boneta) dies after a chase between a car carrying Grace and the two siblings (who have no clue why everything is spinning out of control) and a truck driven by the murderous cyborg that can split into two - an invincible endoskeleton and a shape-shifting molten metal creature when the going gets hot, which it often does.

Grace and Dani are in grave danger when Sarah steps in. She slows down the Terminator just long enough for the three to make good their escape. In a desert motel, the women - Sarah and Grace are still not fully trusting of each other - conclude that they have to reach a mystery texter - the source of the messages is identified as Laredo on the Mexico-US border - who has, over the past 22 years, been informing Sarah of the arrival of the Terminators so that she can go after them and put an end to them.

The border crossing leads to a series of violent sequences, including one protracted one in a border patrol detention centre. This is followed by a brief lull as Sarah, Grace and Dani, whose linkages across time are revealed only during the climactic scenes of an all-out war between the human resistance and Rev-9, reach Carl's home and rope him into the mission to destroy the Terminator and save Dani.

Military-grade electromagnetic pulse is pressed into service to take out the rampaging Terminator. Once the sluice gates are opened, the action is unsurprisingly relentless. That is just the sort of finale that fans of the franchise will gladly embrace. With the core spirit of the series restored, the future, unlike the one that Sarah Connor prevented in Judgment Day, is filled with hope. It isn't time yet for the series to be terminated.