Tannisha said: "You are allowed to explore so many facets of female characters" 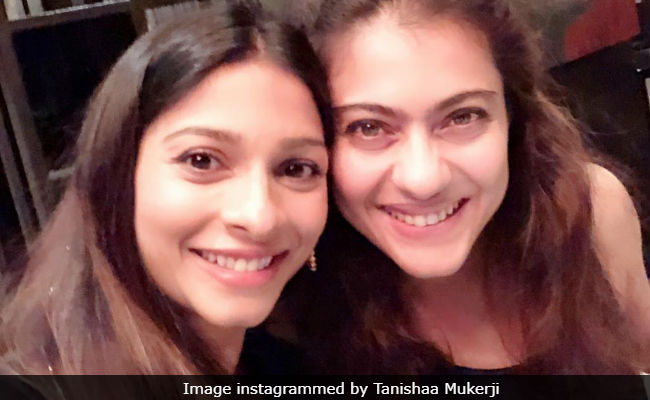 Tanishaa Mukerji describes her 13-year-old films journey, in which she featured in 10 movies, as 'educational' and she told news agency IANS that this is an 'exciting time' to be an actor in Bollywood. Tanishaa is the younger of veteran actress Tanuja's two daughters and the trajectory of her elder sister Kajol's Bollywood career was much higher than her. Tanishaa told IANS: "When I look back at my journey in showbiz, I don't really think anything about my previous films. But I do think that it has been a long journey, which has been very educational for me. Because I learnt a lot over time. I think the industry has grown over time in an amazing way. It is a great time to be an actor and be in this industry at the moment because there is so much more work happening now."

When asked how things are different for actress now, Tanishaa said: "When I came in, it was much more limited with respect to what all you could do. Now you can do so much. You are allowed to explore so many facets of female characters in the acting space and that is phenomenal. Because when I was doing it, people were like 'ohh you know you do the pretty, sweet girl' and that is it...You were not able to show any other characteristic," reports IANS.

Tanishaa debuted in Bollywood in 2003 film Sssshhh... and she went on to star in films such as Popcorn Khao! Mast Ho Jao, Tango Charlie, Neal 'N' Nikki, Sarkar and Sarkar Raj. Her last onscreen appearance was in 2016 film Anna. IN between she also featured in Tamil film Unnale Unnale and Telugu film Kantri. Tanishaa has also participated in reality shows such as Bigg Boss 7, in which she was the first runner-up, and Fear Factor: Khatron Ke Khiladi 7.

Tanishaa revealed the details about her upcoming projects and told IANS: "I have shot an independent film in the US. It is titled Code Name Abdul. It will be coming out sometime next year. I have also done a short film called Life is Short. I am in the acting space and very excited about the work which I am doing."

Meanwhile, Tanishaa is expected to attend the26th Festival of India and Parade in California on August 19 as the 'Grand Marshal' at the event.