Sunny Leone May Perform With Justin Bieber In The Purpose Tour 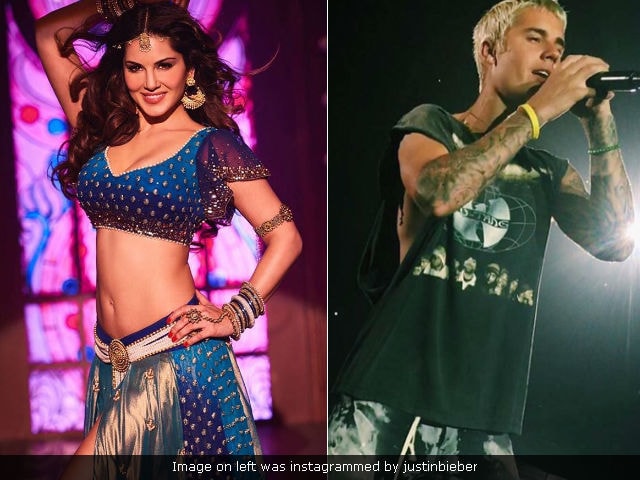 New Delhi: Actress Sunny Leone may perform with Justin Bieber when he arrives in India in May for the Purpose Tour, reports mid-day . The Where Are U Now singer is all set to perform in Mumbai on May 10 and source close to the show organisers told mid-day that Sunny Leone is "keen to perform at the concert." He said: "Her involvement should not come as a surprise, given that she is popular in India and overseas. In fact, a lot of big names are being considered," reported mid-day . Earlier, when Justin Bieber confirmed the concert news on Twitter, Sunny has shared the poster and captioned it: "Can't wait 2watch Justin Bieber LIVE on 10th May.So excited!Best pre-bday present ever! (sic)"

Sunny Leone was last seen in Shah Rukh Khan's Raees. She featured in a special track Laila Main Laila, a redone version of Zeenat Aman's 1980 Qurbaani song. Sunny will be next seen in a cameo in Sonakshi Sinha's Noor and a full-fledged role in Tera Intezaar.

Promoted
Listen to the latest songs, only on JioSaavn.com
Meanwhile, Arjun Jain, Director, White Fox India, the sole promoters of the tour, told news agency IANS that Justion Bieber's concert will "enhance India's current cultural repertoire." He said: "Justin Bieber is the biggest artiste of our time and attracts a universal fan base across all ages. This tour is one of the most successful in the world at the moment and will further enhance India's current cultural repertoire. He enjoys over 80 per cent dedicated fan following in India and we envisage one of the biggest live events of the year." The negotiations for Justin Bieber's Purpose Tour were on for six months.

Justin Bieber's latest tour for his fourth album Purpose, which released in November 2015 and is one of his most successful works. It includes singles like - What do You Mean?, Sorry and Love Yourself.