Sunny Deol will reportedly play the titular role in the film, directed by Rajkumar Santoshi 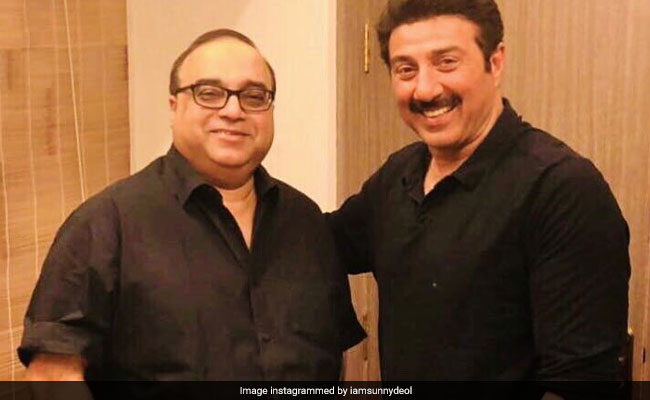 Sunny Deol will reportedly collaborate with filmmaker Rajkumar Santoshi, 22 years after he featured in his film Ghatak, and 16 years after their epic box office clash (more about that later), a Mumbai Mirror report stated. Sunny Deol will reportedly headline Rajkumar Santoshi’s period drama, which is based on the life of Sikh warrior Fateh Singh. A source told Mumbai Mirror that Rajkumar Santoshi wanted to cast Sanjay Dutt as Fateh Singh initially but things didn't work out because of date issues. "When Rajkumar Santoshi had announced the film in 2013, he had wanted to cast Sanjay Dutt in the lead but it didn't work out due to date issues. Now, he has locked the final script with Sunny's nod," a source told Mumbai Mirror.

In 2002, the Sunny Deol and Rajkumar Santoshi (who have made three successful films together) clashed at the box office with their respective films on freedom fighter Bhagat Singh. Rajkumar Santoshi’s The Legend Of Bhagat Singh, with Ajay Devgn trumped 23rd March 1931: Shaheed, which was produced by Dharmendra and featured Bobby Deol as Bhagat Singh and Sunny as Chandrashekhar Azad.

Sunny Deol first collaborated with Rajkumar Santoshi for Ghayal, which released in 1990. The film won seven Filmfare awards and did remarkable business at the box office. Sunny Deol next starred in Mr Santoshi's Damini (1993), which was headlined by Rishi Kapoor and Meenakshi Seshadri. Damini also fetched Sunny Deol a National Award.

Earlier this year, Sunny Deol had also shared a photo with Rajkumar Santoshi on his Instagram timeline.

Meanwhile, Sunny Deol is gearing for the release of Yamla Pagla Deewana: Phir Se. The film is the third installment of the Yamla Pagla Deewana series. The film also stars Bobby Deol and Dharmendra. Sunny Deol was last seen in Poster Boys, which tanked at the box office. The 61-year-old actor also has Bhaiyaji Superhit in the pipeline while he is directing his son Karan’s debut film Pal Pal Dil Ke Paas.