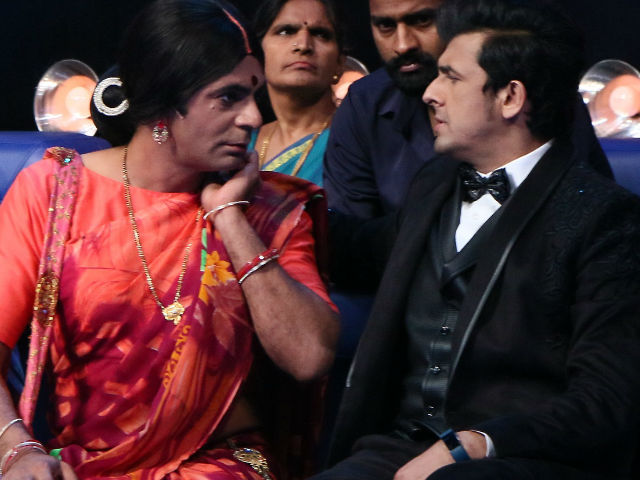 New Delhi: After a solo live show in New Delhi on April 1 and a fabulous Indian Idol episode, comedian Sunil Grover has proved he's here to stay, with or without The Kapil Sharma Show - actually without. "I've always been attached to the idea of performing live. Now I am more convinced than ever that there is a lot to be explored in the live medium," Sunil Grover, 39, told DNA. The comedian played the roles of Rinku Bhabhi and Dr Mashoor Gulati on Kapil Sharma's show until their hugely publicized fallout. Mr Grover's Indian Idol gig was a part of his contract with the channel and not due to The Kapil Sharma Show. As for the Delhi solo live show, Mr Grover told DNA that was planned before his fallout with Kapil Sharma.

"We got a full house and an enthusiastic crowd. I can't tell you how grateful I am for the love I've received," said Mr Grover talking about his solo live show, where his co-star of The Kapil Sharma Show, Kiku Sharda also joined in. "This show was planned long before the entire episode (the controversy with Kapil) happened. I've been performing live for years now. That won't change," DNAquoted him as saying.

But going live, doesn't mean television is not an option for Sunil Grover. "I haven't given up television. In fact, I had a lot of fun shooting for the Indian Idol 9 finale this weekend," he told DNA.

Promoted
Listen to the latest songs, only on JioSaavn.com
The Kapil Sharma Controversy:

In March, Kapil Sharma, 36, allegedly verbally abused Sunil Grover and hit him with a slipper on a flight while travelling from Melbourne to Mumbai. After the reports of their mid-air fight went viral, Mr Sharma apologized to Mr Grover in on Twitter. Sunil Grover cold shouldered him saying he must not act like 'God.' After Mr Grover's exit, Kapil Sharma signed comedian Raju Srivastav and according to a Mid-Day report his show has been given one month extension by the channel.