Every episode kicks off with a gut-churning crime and ends with a surprising turn that sends audience curiosity soaring. The shock value of these sequences is high, but none sticks out like a dismembered limb. 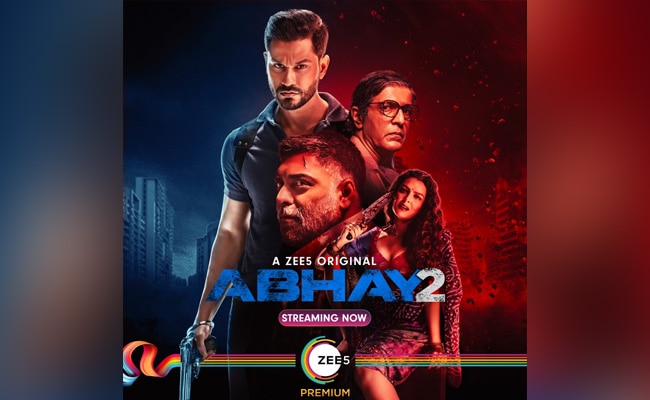 Three episodes of Abhay 2 dropped on ZEE5 on the eve of Independence Day.

Criminals who know no bounds are on the loose in Lucknow. Special Task Force officer Abhay Pratap Singh, who arrived on the scene with a bang a year and a half ago in the ZEE5 original Abhay, has his hands full. But he is equal to the task. In the much-anticipated Season 2 of the crime-thriller series, the battle of wits between the unflappable lawman and murderous maniacs scales a new high.

When Abhay premiered in February 2019, the compelling police procedural gained instant popularity. Lead actor Kunal Kemmu, making his web debut, delivered a restrained and consistently effective performance as an investigator who is always a step ahead of the law-breakers. It was as clear as daylight that the series would be a hard act to follow although it was equally apparent that it was ripe for a second season.

So, here is Season 2. It ups the game and gives Kemmu's suave sleuth a slew of slimy sadists to deal with. The actors - among them are Ram Kapoor, Chunky Panday and Bidita Bag, all in chilling, unprecedented avatars - are in fine fettle, which allows director Ken Ghosh to go all out and whip up a gripping, pulsating, dystopian thriller that never lets its guard down.

Three episodes of Abhay 2 dropped on ZEE5 on the eve of Independence Day. Five more are on the way. If what we have seen thus far is anything to go by, the wait will be worth it. Up against killers and perverts whose disaffections border on the diabolic, the hard-nosed Abhay Pratap Singh is pushed to the limits of his powers of deduction and endurance. There isn't, therefore, a dull moment in Abhay 2.

Every episode kicks off with a gut-churning crime and ends with a sharp and surprising turn that sends audience curiosity soaring. In one, a skull is sawed open with a mechanical contraption, in another a man is asphyxiated in a water tank and then chopped into pieces with a machete, and in yet another a duffel bag reveals a severed bag as it passes through a hotel X-ray machine.

The shock value of each of these sequences is high, but none sticks out like a dismembered limb. Neatly integrated into the narrative, they serve to impress upon the audience the harsh, rancid reality of the universe the series is situated in. As is obvious, a lot of blood is spilled in this dark disturbing drama. So be warned: it isn't for the faint-hearted. 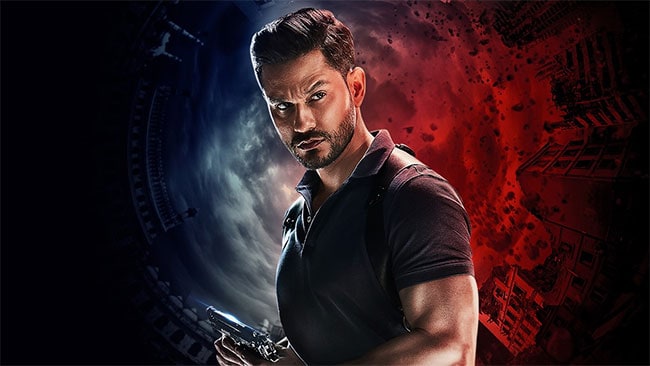 Not only did Abhay, a worthy addition to ZEE5's slate of successful crime thrillers, turn out to be one of the platform's best received shows, it also helped Kemmu break free from a string of comedic gigs on the big screen, which had pushed his dark early-career films out of public memory. In Abhay 2, he continues the good work as he explores newer, deeper aspects of the conflicted character who confronts vexed moral choices as his paths cross with criminals who brook no compunctions. 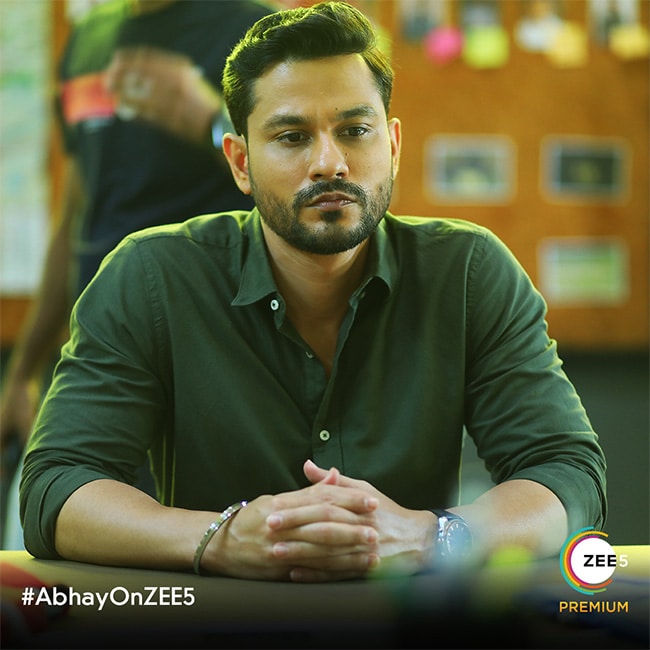 Abhay 2 would obviously lose a great deal of its lustre without its roster of fiendish villains, played by actors cast against type but none the worse for it. The lissome Bidita Bag is a hardened sex worker who does more than just pleasure the men who call on her.

The supple Chunky Panday, known of late for light-hearted big screen romps, forays into an unsettlingly twisted space where a mild-mannered, avuncular man turns into a ruthless serial killer who redefines, with chilling literalness, the notion of 'picking' the brains of entrance test toppers.

And Ram Kapoor slips into the skin of a nameless man without a past who poses the biggest challenge yet to the workaholic Abhay Pratap Singh, who thrives on doing "unofficial work" when he is on "official leave". This role is a major departure for Kapoor. He plunges headlong into its crooked crevices.

Departures are the norm in Abhay 2. Starting with the director, whose fame rests on music videos and bright, entertaining teen dramas, the series throws many other professionals into the deep end. Not only Kapoor, Panday and Bag, the other key actors in the cast that we have seen so far - Asha Negi in the role of a feisty television journalist and Nidhi Singh as Abhay Pratap Singh's quick-on-the-uptake rookie assistant - are way outside their comfort zones and doing well for themselves. 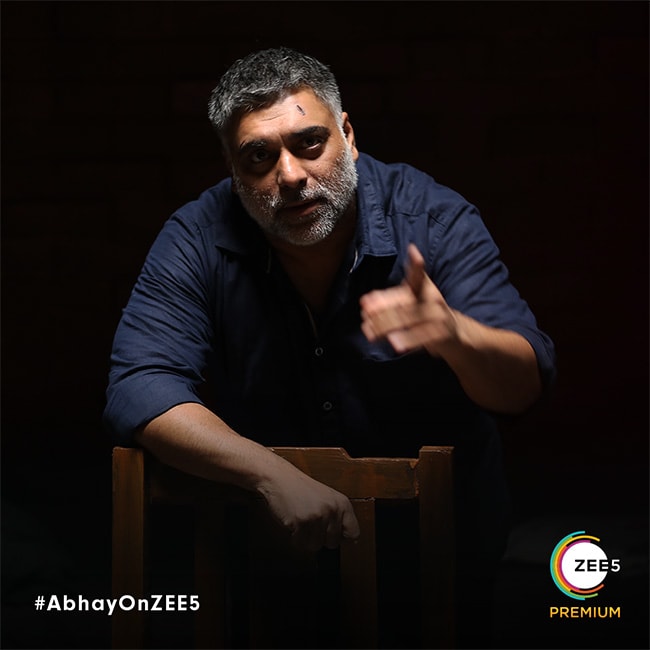 Ram Kapoor slips into the skin of a nameless man

With the aid of director of photography Hari K. Vedantam, the director conjures up just the kind of dimly lit spaces where devious minds can go to work under the cover of anonymity and inaccessibility. An abandoned hair-cutting shop is the perfectly forbidding setting for a middle-aged man who kidnaps and kills bright young boys for their grey cells.

The innards of an old marble-cutting factory assume unsettlingly ominous proportions because this is where a murder most foul takes place, sending Abhay and his team scurrying for clues. Even a school bus with students on a study trip isn't safe here. Hijacked by one of the villains, the vehicle vanishes into the blue with its passengers - another tricky case for the protagonist to crack. 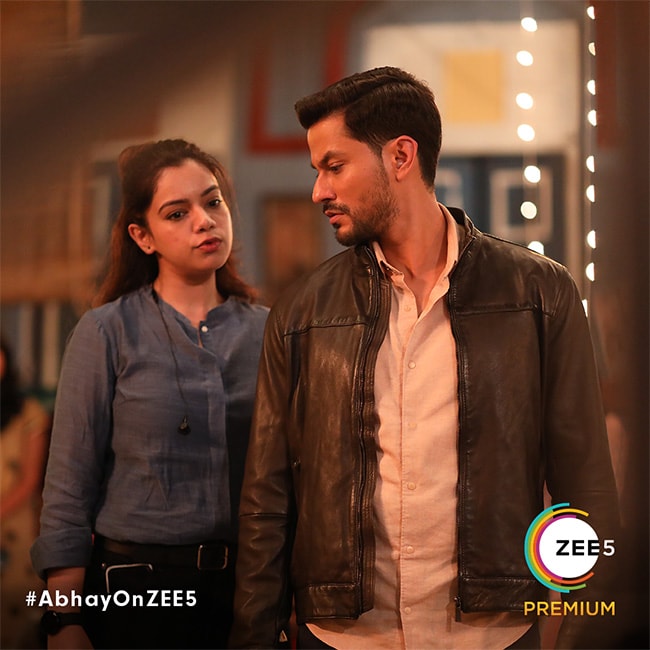 There isn't a dull moment in Abhay 2

The third episode of Abhay Season 2 is titled The Game Begins but, to be sure, what goes before is no less enthralling. What lies ahead, too, promises to be just as riveting. As Episode 3 winds down, Abhay and the unnamed supervillain come face to face with each other, triggering the start of a take-no-prisoners showdown that has the makings of another humdinger. Our appetite has been whetted.

It is easy to see that the series has enough fuel in its tank to sustain the descent into the mind of a cop charged with thwarting a spate of crimes committed by individuals who will stop at nothing unless Abhay Pratap Singh can outthink them and bring them to book. 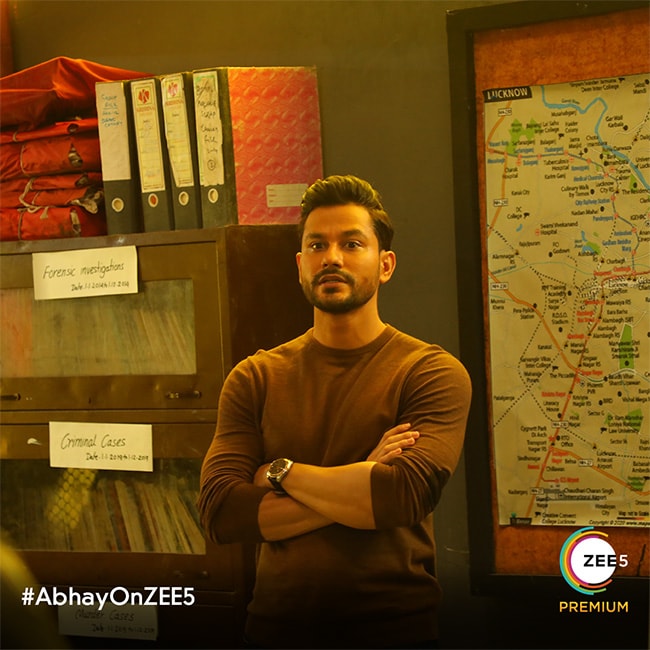 Cannibalism, sadism, lust-fuelled violence, decapitations and incinerations are all part of the game that the policeman-protagonist must play while keeping the demons of his own mind at bay. The clash of the personal and the putrid, elevated by Kemmu's muted but immersive star turn, is the stuff of a bingeworthy brew. It will certainly be worth keeping an eye out for how the rest of the show pans out.