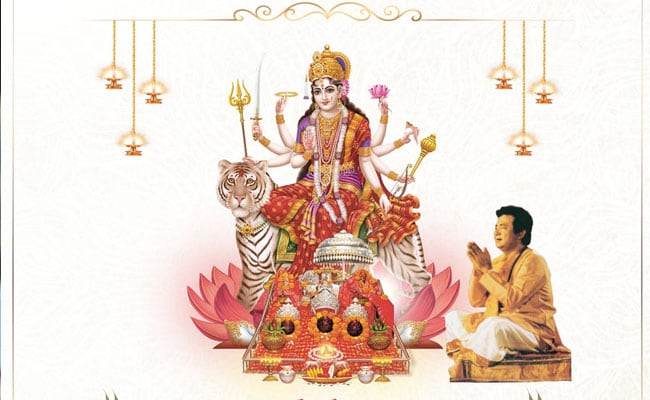 The song has been written by Manoj Muntashir.

T-Series has always been at the forefront of devotional music right from its inception. Bhushan Kumar continues to carry his father music mogul Shri Gulshan Kumar's legacy ahead and consistently attempts to make devotional music relevant to audiences across all age groups.

As the country soon celebrates Navratri, T-Series now revisits Shri Gulshan Kumar's 'Main Balak Tu Mata' with a soulful rendition by Jubin Nautiyal. The talented singer and T-Series artist is well known for bringing heart and soul into his uplifting music and he now takes on the famous bhajan dedicated to Maa Sherawali.

'Main Balak Tu Mata' composed by Manan Bhardwaj and written by Manoj Muntashir features Jubin Nautiyal and actress Akanksha Puri. The actress, one of India's familiar faces who featured as Maa Parvati in a very popular TV show, shot for the single with Jubin in north India recently. Directed by Rajeev Khandelwal, the music video makes us believe in the power of Maa Sherawali with a short sweet story which is a perfect rendition for bright, colourful and vibrant music video of the Navratri season.

Says popular singer Jubin Nautiyal, "All my songs have a spiritual element to them, so I gravitate towards such songs. It's truly my honour to be singing this rendition of Gulshan ji's one of the famous devotional song Main Balak Tu Mata."

Adds T-Series head Bhushan Kumar, "My father Shri Gulshan Kumar always felt strongly about devotional music and in his era made everything that was musically possible in the devotional space. We at T-Series continue to take his legacy and vision ahead with songs like Main Balak Tu Mata which is the best way to flag off the Navratri season."

The devotional song is out now on T-Series' YouTube channel.