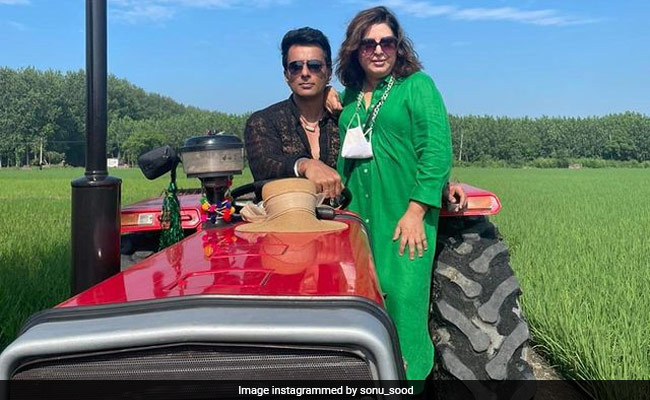 Actor Sonu Sood and filmmaker Farah Khan, who have earlier worked together for the film Happy New Year, are all set to work together for a new project. The actor-director duo are currently in Chandigarh for the shoot of their upcoming project. How we know this? Courtesy, Sonu Sood's latest Instagram post. The actor on Sunday, dropped two new pictures of himself and Farah Khan on Instagram. While the first picture features the duo sitting on a tractor in the middle of a farm, another one captures them sitting in a hotel's luggage cart. Sharing the pictures on Instagram, Sonu Sood wrote: "Haryaali aur Raasta (greenery and the way) with my best friend Farah Khan."

As mentioned above, the duo have earlier worked together in Happy New Year. While Farah Khan directed the film, Sonu Sood is one of the actors of the ensemble cast of the film. Others that played a pivotal role in the film include Shah Rukh Khan, Deepika Padukone, Boman Irani and Abhishek Bachchan.