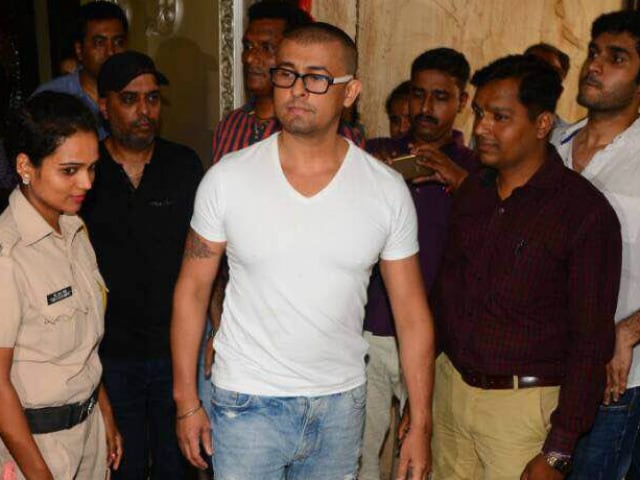 New Delhi: Singer Sonu Nigam shaved his head on Wednesday afternoon in Mumbai, as promised in a tweet. Addressing the press earlier, Mr Nigam said, "Shaving hair is no challenge or negativity, it's a symbolic move - asking, what are you making this country? What are these fatwas?" The 43-year-old singer was referring to a Muslim cleric's offering of a reward of Rs 10 lakhs for anyone who would shave Mr Nigam's head and garland him with old shoes. Mr Nigam tweeted Wednesday morning that he would have his head shaved himself, adding "keep your 10 lakhs ready maulvi." However, the cleric in question, Syed Sha Atef Ali Al Quaderi of the West Bengal Minority Council, told NDTV that he's not going to pay up because Sonu Nigam failed to fulfill all his conditions. "I asked for three things," he said - that Mr Nigam be tonsured, that he be garlanded with 'third rate shoes,' and that he then be made to visit 'every household of Hindustan' - "Only then will I pay the Rs 10 lakh," Mr Quaderi told NDTV in an interview after Mr Nigam's press conference.
Speaking to the press ahead of his tonsure, Sonu Nigam said "You have to fight the fanatics, you can't just hide and comment from Twitter." Sonu Nigam has been the focal point of a raging debate after he tweeted on Monday about being woken by the early morning azaan and called it 'gundagardi.'

"I consider myself secular, neither am I right wing or left wing and there are very few people like me, I am actually the minority community," Mr Nigam said, after his tweets objecting to the use of loudspeakers in the early morning call to prayer kicked up a storm of protests. "It is a social topic, not a religious one," Sonu Nigam said, appealing to the media and everyone else not to misinterpret what he said. "Azaan and aarti are important, loudspeakers are not," he said.

Of his use of the term "gundagardi" in one his tweets, Mr Nigam said that religious processions in which people dance on roads and push others out of the way is also "gundagardi."

"We live in the same country, your children will grow up here," Sonu Nigam added, calling for greater tolerance. "I don't want to be misunderstood," he said, explaining why he was addressing the press.

Read the tweets Mr Nigam posted on Monday for which he has been widely slammed:

Promoted
Listen to the latest songs, only on JioSaavn.com
Sonu Nigam explained in subsequent posts that his objection was to the noise and the use of loudspeakers, not to the azaan itself. His tweets have been criticized as anti-Muslim and the singer has been actively responding to those opposing him on social media. Mr Nigam has also received support from several quarters, including actress Richa Chadha, who defended his ant-loudspeaker stance, if not the terms he couched it in.

Sonu Nigam's body of work includes several albums and playback for films such as Kal Ho Naa Ho and Agneepath. Mr Nigam recently served on the panel of judges for talent show Indian Idol 9 and his latest gig is a collaboration with Sachin Tendulkar on the cricketer's musical debut.