Some Reunion. This F.R.I.E.N.D Has Already Dropped Out 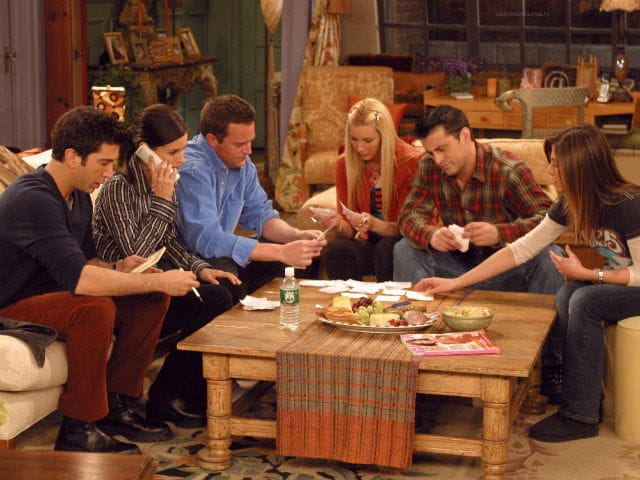 New Delhi: It was the headline that fans of cult sitcom F.R.I.E.N.D.S have been hoping to read for 11 long years, but the cast 'reunion' reported late Wednesday was already missing one member by Thursday night. It's now down to five, hopefully.

Actor Matthew Perry's rep has confirmed that Chandler Bing will be absent from a two-hour NBC special to honour TV director James Burrows. "Matthew will not be attending, as he is in London in rehearsals for his play, The End of Longing, which begins previews on February 2 at the Playhouse Theatre," Lisa Kasteler told Us Magazine.

"NBC executives were aware of this prior to their TCA announcement yesterday. Matthew may tape something for the tribute. In other words, this is not the reunion people have been hoping for," Ms Kasteler told Us.

James Burrows, 75, recently directed his 1,000th TV episode. The pilot of F.R.I.E.N.D.S was made under his stewardship in 1994 and he directed 14 other episodes of the show. A reunion featuring all six of the main cast was announced as part of the tribute line-up by NBC.

Should be a good time! https://t.co/5mrWPJkD3R

He was retweeted by Lisa Kudrow, who played the kooky Phoebe Buffay.

There has been no word yet from the remaining three F.R.I.E.N.D.S - Jennifer Aniston, who played Rachel Green, and actors David Schwimmer and Courteney Cox, who played siblings Ross and Monica Geller. (Also Read: F.R.I.E.N.D.S Cast to Appear in TV Tribute to Sitcom Director)