Jocelyn Savage was one of the embattled R&B singers last remaining public defenders. 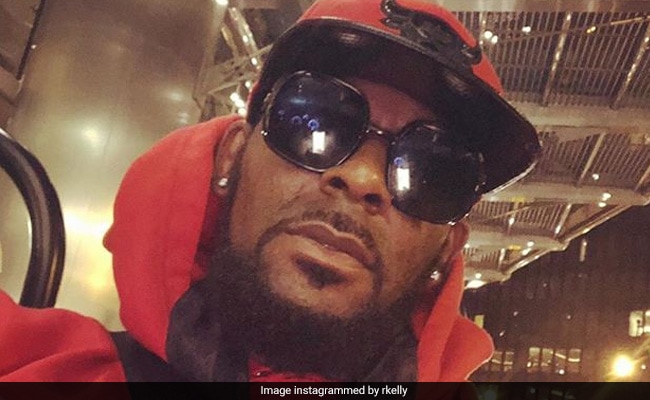 One of singer R. Kelly's most steadfast supporters and longtime girlfriends is apparently saying "me too" to what she says is the singer's abuse.

In a series of posts this past weekend on a Patreon account, a writer saying she is Joycelyn Savage, 23, alleges constant surveillance of her daily habits by the singer and his staff.

Savage's apparent allegations against the 52-year-old R&B crooner, born Robert Sylvester Kelly, paint their relationship as one of abuse and not the loving, three-way relationship with another young woman that she has portrayed in previous public appearances.

Gerald Griggs, an Atlanta-based attorney who represents Savage's family, told 11Alive that he and the family believe that the account belongs to Savage and that they're trying to contact her through it.

In Greenberg's statement to Variety, he accuses Savage of exploiting her "loving relationship" with the singer.

"Obviously if she were to tell the truth no one would pay so she has, unfortunately, chosen to regurgitate the stories and lies told by others for her own personal profit. We know the real facts, and it was not until the money ran out that she decided anything was wrong. Hopefully people will see it for the obvious profiteering it is."

On Friday, Savage apparently made her first post in two years to her Instagram account with a picture reading "There's something I need to reveal, something I should've talked about a long time ago," the writer said, captioning the photo with "I'm sorry."

The next day, the writer published a teaser on her Instagram account that resembled a movie trailer with individual white words of "This is my story" flashing across a black background as the intro to singer Lizzo's Truth Hurts played. A red slide warned "viewer discretion is advised" and another read "He always hated the truth" before the link to her Patreon account was displayed.

Telling her truth was a life-threatening action since she had signed a nondisclosure agreement, she contended.

The first Patreon post claims she met Kelly at a concert when she was 19. Shortly after meeting, the post says, he flew her to a studio in California and tried to get her signed to a label with the promise of making her the "next Aaliyah," the late singer whom Kelly married when she was just 15.

With the promise of fame and a steady flow of cash-fueled romance, she dropped out of school, but their dynamic took a turn for the worse after just a few months, the post alleges.

The post said she had to allegedly address the singer as "Master," or "Daddy." It said in one instant in which she didn't, calling him "babe instead," he choked her until she blacked out, leaving bruises on her neck, she claims. She was allegedly told to wear a turtleneck in public to cover up the marks.

In another surprising disclosure, the post claims that she became pregnant twice by the singer but the pregnancies ended up in at-home abortions because "the news would break out," the poster wrote under a photo of a positive pregnancy test.

After one of her alleged abortions, the post claims the singer paid for her breast augmentation.

The post also claims she has been coerced in her public statements to the media.

"The only time he would care for me is when the media is making him seem bad and saying that I was kept for a hostage," the poster wrote.

A 2017 BuzzFeed investigation into the singer's alleged sexual predilections for underage girls and very young women claimed that he housed multiple women in homes he owned in Georgia and Illinois. The report claimed the women were under constant surveillance, and were told when, where and how they could use the restroom, dress and engage in sexual activity.

Savage's parents said that she was being held captive and potentially suffering from Stockholm syndrome.

Fear, intimidation and starvation were the reasons for her answers in that interview, the post now claims.

"His assistant would starve me for days at a time until I learned it right word for word," the poster wrote, saying that R. Kelly would reward her with material items and sex.

If the claims are true, they closely mirror the Lifetime documentary released earlier this year that detailed the singer's alleged tactics of grooming his victims into sexual abuse and servitude.

The poster identified as Savage also avouched that Kelly frequently had her and other women engage in sexual acts that were very similar to ones seen in a 2002 tape of the singer with a suspected minor. He was acquitted in 2008 on 14 counts of child pornography charges.

In February, Kelly was arrested and charged with 10 counts of aggravated criminal abuse for crimes that involved four victims. Three of them were underage.

He was arrested again in July on federal sex-crime charges, and he's in custody at the Metropolitan Correctional Center in downtown Chicago as he faces trials in three different jurisdictions, The Chicago Tribune reported.

The singer's lawyer complained in October that Kelly couldn't see his two girlfriends at the same time despite having cohabited with both of them before incarceration.

In her latest Instagram post, the poster identified as Savage wrote that she's just trying to get back to herself.