Singer Ammy Virk To Star As Balvinder Singh Sandhu In '83 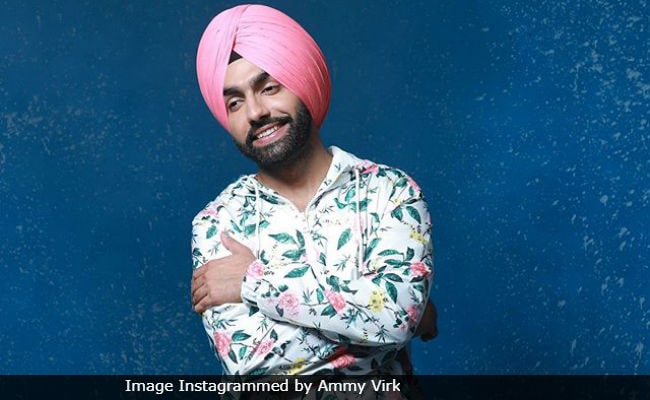 Punjabi singer-actor Ammy Virk, who is best-known for his performances in Punjabi films such as Harjeetaand Angrej and has delivered hit songs like Nikka Zaildar and Qismat, has been zeroed in to play the role of bowler Balvinder Singh Sandhu in Kabir Khan's sports drama '83, which features Ranveer Singh in the lead role. The makers of the film announced the news by sharing a post on social media on Wednesday. "Punjabi star Ammy Virk is all set to play Balwinder Singh Sandhu, the man who changed the game in the '83 World Cup final," read the caption on the post.

Ammy Virk, who makes his Bollywood debut with '83, announced his association with the project on his Twitter account and wrote: "Sat Shri Akaal. Thanks everyone for so much love... I am going to make my Bollywood debut. Shukar waheguru ji da..." In his post, the Qismat singer tagged the films' director Kabir Khan and film's lead actor Ranveer Singh and added, "Thank you so much."

A few days ago, Ranveer Singh, who will be seen playing the role of Kapil Dev in the film, shared a picture from the his training session on his Instagram profile and wrote: "And the glorious journey begins."

As part of his preparatory sessions for the film, Ranveer Singh visited the Lord's Cricket Ground last year. He also shared pictures with Sachin Tendulkar and director Kabir Khan. ICYMI, this is what we are referring to:

'83 is based on India's iconic win at 1983 Cricket World Cup. The film will be directed by Kabir Khan and it will be produced by Reliance Entertainment. The film will hit the screens on March 10, 2020.