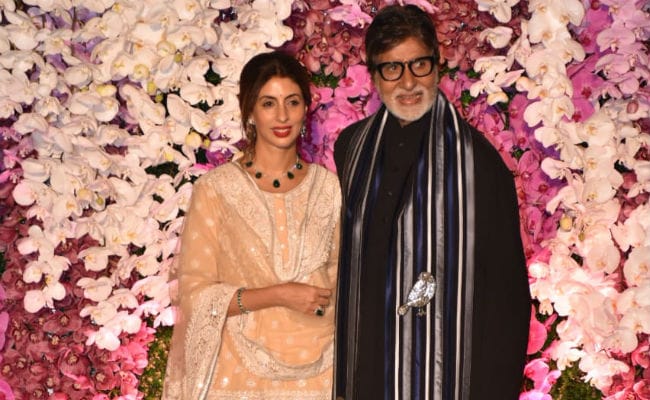 Shweta Bachchan Nanda and Amitabh Bachchan from the Ambani bash

Bollywood A-listers brought along their plus ones at Akash Ambani and Shloka Mehta's wedding celebration party on Sunday evening and the cutest of all of them were Amitabh Bachchan and Jeetendra, who accompanied their respective daughters - Shweta Bachchan Nanda and Ekta Kapoor - to the party. The TV czarina, who appears to have checked in to the Ambani bash ahead of the Bachchans, Instagrammed a photo of herself and dad Jeetendra to write: "With my date" with the heart emoticon. Shweta commented to say she was en-route with her date for the night - her superstar father Amitabh Bachchan: "I'm arriving with mine."

Meanwhile, Amitabh Bachchan had already posted an update that he was accompanying Shweta to the party. Sharing a photo of from what appears to be Jalsa, Big B wrote that Shweta helped him pick out his outfit for the evening: "Daughters are the best! Especially when she chooses what the father should wear."

... daughters are the best .. !!especially when she chooses what the Father should wear !!

Soon enough, Amitabh Bachchan was spotted escorting Shweta to the photo-op area at the Akash Ambani's reception party. Shweta was stunning in a beige sharara accessorised with traditional jewellery while Big B opted for a traditional look in black and white. Ekta Kapoor also posed with her Jeetendra before entering the party venue: 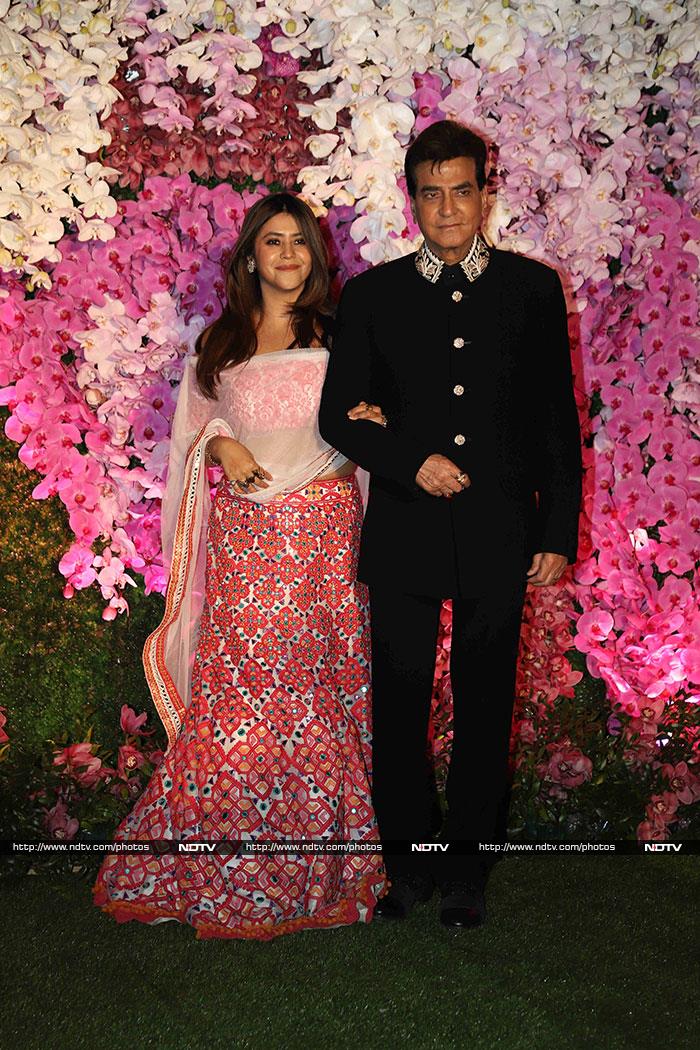 Apart from Shweta and Big B, Abhishek and Aishwarya Bachchan also checked in to the party with daughter Aaradhya:

A post shared by AishwaryaRaiBachchan (@aishwaryaraibachchan_arb) on Mar 10, 2019 at 8:22am PDT

The Bachchans also attended Akash and Shloka's wedding on Saturday and we were treated to these stunning family photos.

A post shared by AishwaryaRaiBachchan (@aishwaryaraibachchan_arb) on Mar 9, 2019 at 4:42am PST