"I really hope that the song make it to the heart of our listeners as much it did in our hearts," said Shilpa Rao 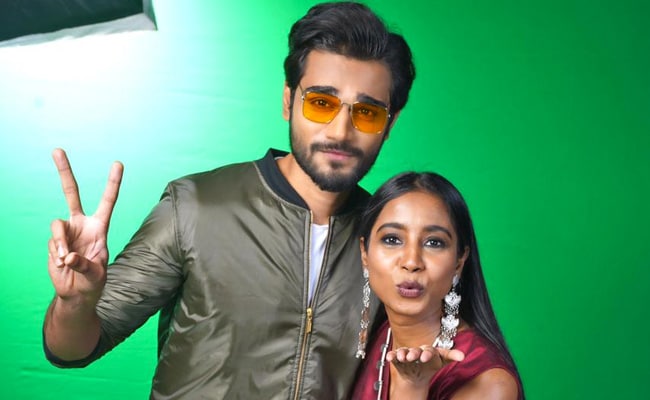 Abhijit Vaghani entwines the classic love songs together that pay tribute to the romantic era of the '90s and early 2000's, while director Ahmed Khan sets the ambiance on sets for the nostalgic mood. Shilpa Rao's and Yasser Desai's rendition of Dil Hai Ki Manta Nahin and Nazar Ke Samne retains the original melodies of guitars, tabla and dholak, however, the magical touch of sarod provides those additional tugs at the heartstrings.

The new season will be available exclusively first on Amazon Prime Music for Prime members to enjoy an ad-free and hands-free voice enabled experience with Alexa.

Says Bhushan Kumar, "Dil Hai Ki Manta Nahin and Nazar Ke Samne are among the all-time classics when it comes to romance and nostalgia, which is this season's theme. It was perfect to have Shilpa Rao and Yasser Desai sing them and add new soul to these timeless songs. Abhijit Vaghani has a distinct ear and understands blends, tunes and beats like no other. Audiences are sure to enjoy this episode of T-Series MixTape Rewind."

Speaking about blendingDil Hai Ki Manta Nahin and Nazar Ke Samne, music composer Abhijit Vaghani says, "I was looking at two major hits that made a lot of sense together with their lyrics, scales, etc. After a long time we found Nazar Ke Samne for Dil Hai Ke Manta Nahin, I really wanted this song because it was one of my favourites too! I chose the sarod and the piano because its always nice to have a fusion of Western and Indian instrument. We have always done that in Mixtape, their frequencies are very different and it matched with the context of the songs like 'Dil Hai Ke Manta Nahin' has a special line which is like a musical signature so those demanded either a Sitar or a Sarod, so I chose the Sarod and it sounded good with that fusion of the piano. We have wanted Shilpa on Mixtape for a long time and with her basey and hollow voice, Yasser's voice was just perfect. I am happy that he was on board; he is a great singer too. He just made the track bloom out with the way Shilpa sang it as well"

Speaking about being a part of Mixtape for the first time, Shilpa Rao says, "This is my first appearance on T-Series Mixtape and I'm quite excited about it. It was great to reminisce songs from Aashiqui movie, whose album has been the biggest landmark album of the 90's music. It is my first collaboration with singer Yasser Desai and loved singing and shooting with him. The whole team, Ahmed Khan Sir, Bhushan Ji and T-Series team to everyone involved, it was a blast and I really hope that the song make it to the heart of our listeners as much it did in our hearts."

Excited to be a part of Mixtape Rewind Yasser Desai comments, "This is my first time on T-Series Mixtape and it feels great to be a part of it. I will be singing two of my favorite songs from 90s which remains to be my favorite era - I've grown up listening to the 90s music. I've remained a fan of Shilpa Rao' texture since her song Ik Lau from Aamir so it was legit a dream come true on sharing stage with her. I am really grateful to the whole team at T-Series for making me a part of this. Abhijit bhai is ofcourse like an elder brother, he is immensely talented and it was a pleasure working with him."