The video has plotted the name "Shehnaaz Gill Kaur Shukla" on the trends' list high up on Twitter. 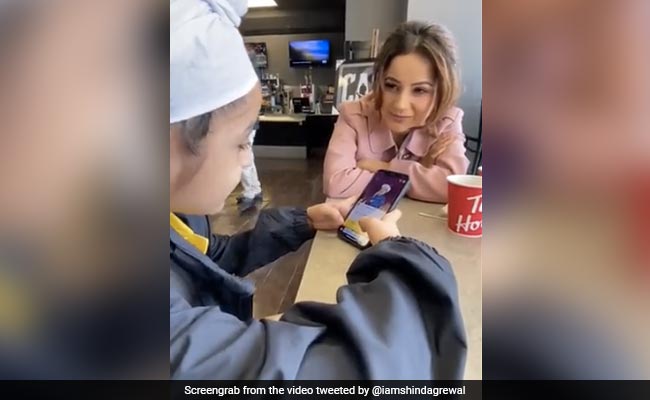 Shehnaaz Gill on the sets of Honsla Rakh (courtesy iamshindagrewal)

Shehnaaz Gill co-stars with Punjabi singer-actor Diljit Dosanjh in Honsla Rakh. The film also stars Sonam Bajwa and is scheduled to release on October 15. Following Sidharth Shukla's death, Shehnaaz Gill has gone into a sabbatical of sorts, withdrawing herself from the media glare.

Sharing an update, Daljit Thind said he is looking forward to hearing from Shehnaaz Gill soon: "We had originally planned to shoot the song on September 15 in London, but that couldn't happen because of obvious reasons. We will finalise a new date soon and would want Shehnaaz to be a part of it, too, as she is an integral part of the film. I am in touch with her manager and hoping that she will contact us in a few days."