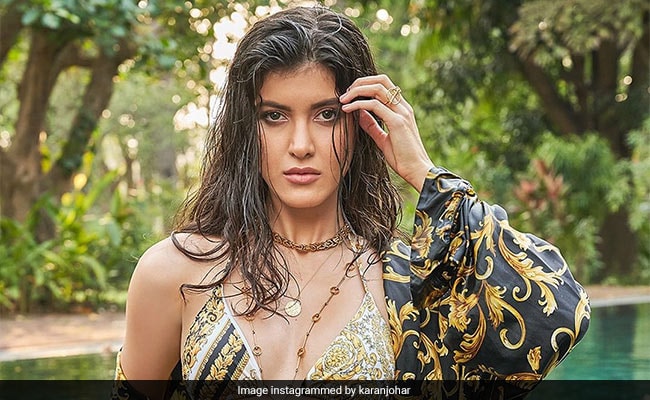 Actor Sanjay Kapoor and Maheep's daughter Shanaya Kapoor is all set to make her debut as an actress in Bollywood with Karan Johar's Dharma Productions. She will start shooting for her first film in July this year. Shanaya announced the news about joining Karan Johar's Dharma Cornerstone Agency (DCA) on her Instagram account on Monday and wrote: "Woke up today with the most grateful heart! Here's to a great journey ahead with the Dharma Cornerstone Agency family. Excited to kickstart my FIRST FILM (ahh!) this July by Dharma Productions, can't wait for you all to see what we're up to! Stay tuned! #DCASquad."

Welcoming Shanaya Kapoor to the DCA squad, Karan Johar, who has launched celebs like Alia Bhatt, Varun Dhawan and Janhvi Kapoor in Bollywood, wrote: "Welcome to the #DCASquad, Shanaya! It's going to be an unforgettable and exciting journey that begins with your first film with Dharma Productions, this July."

Proud parents Maheep and Sanjay Kapoor's excitement spilled onto Instagram as they cheered for their daughter. "With her unabashed enthusiasm, resilience and sparkle - My daughter is all set to take over your screens soon. Give her your love and blessings as she is ready to start the journey of her FIRST FILM with Dharma Movies this July. Watch out for the announcement of the film! #DCASquad," read the caption on both Sanjay and Maheep's posts.

Shanaya Kapoor, Suhana Khan and Ananya Panday are besties. While Ananya made her Bollywood debut with Dharma Productions' Student Of The Year 2, Suhana, who is the daughter of Shah Rukh Khan, is yet to reveal her plans of joining film industry.