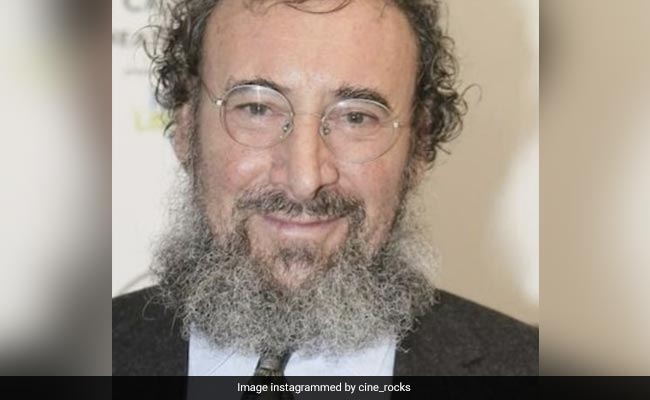 The award-winning theatre and film actor Antony Sher has died aged 72 after suffering from cancer, the Royal Shakespeare Company (RSC) announced on Friday. South Africa-born Sher was widely considered to be one of Britain's finest contemporary actors, playing almost all the great Shakespearean roles from King Lear to Shylock. In 1985, he won an Olivier Award for his energetic portrayal of Richard III as a villainous hunchback, propelling himself around the stage on crutches. While at the RSC, Sher - once described by Prince Charles as his favourite actor - met his husband, Gregory Doran, who would become the company's artistic director.

They were one of the first gay couples to enter a civil partnership in Britain in 2005. In September, Doran stepped back from his role to care for his husband after his condition was diagnosed as terminal.

"Our thoughts and sincere condolences are with Greg, and with Antony's family and their friends at this devastating time," they added.

Sher was born in Cape Town into a migrant Lithuanian Jewish family on June 14, 1949, a year after the National Party came to power and began introducing the apartheid system. "I had an ordinary childhood among white people," Sher said in 2000.

"My parents weren't politically aware which meant I grew up in the middle of the atrocity of apartheid without even noticing it. It sounds terrible but it's the truth."

But he never really felt at home and came to Britain in 1968 aged 19 after national service in the South African army. "I was a real wimp, very out of place in South Africa, in that whole macho sports society. I felt very uncomfortable with all that. All my tendencies were towards the arts."

But things did not go to plan at first when he was turned down from the prestigious Royal Academy of Dramatic Art in central London.

Instead, he got into another drama school and went on to work at Liverpool's Everyman Theatre with the likes of Jonathan Pryce and Julie Walters.

His time on stage, which in the 1970s and 80s forged a reputation for ground-breaking politically charged performances, was an education in both theatre and life. "For a few years I tried to be straight, had several relationships with women, before I said 'this is ridiculous'," he told Monocle online radio.

"I knew I was gay but didn't want to be. I had to come out as gay and as a white South African and Jewish. I had a lot of closets to come out of."

To moviegoers, Sher was no (1998), starring Gwyneth Paltrow and Joseph Fiennes. The previous year, he was British prime minister Benjamin Disraeli in Mrs Brown, for which Judi Dench - another RSC stalwart -- was Oscar-nominated for her portrayal of queen Victoria.

The movies came out after he had kicked a cocaine addiction that put him in hospital in 1996. Sher said he was grateful for his time as a Shakespearean actor, but regretted never playing Hamlet, assessing he was not tall, handsome or blond enough.

He became "Sir Antony" after receiving a knighthood in 2000, and said having his mother in attendance at Buckingham Palace was one of his proudest moments. But he also struggled to come to terms with that, calling himself "a bit of a closet knight".

"I have come out in many areas of my life, but I have yet to manage this one," he said later that year.

The honour positioned him firmly inside the British establishment, but he told The Times in 2015: "In my soul, I'm the boy in Cape Town, growing up and feeling uncomfortable in the world".