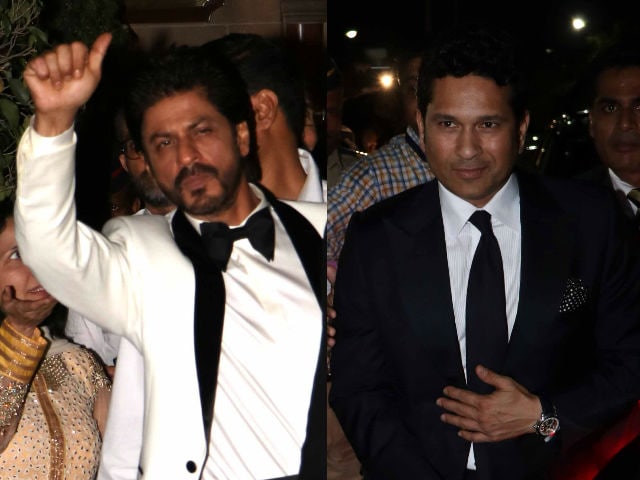 Shah Rukh Khan (left) and Sachin Tendulkar (right) at an event in Mumbai.

New Delhi: Superstar Shah Rukh Khan is quite keen to watch the film based on former cricketer Sachin Tendulkar, which is titled Sachin: A Billion Dreams. As Shah Rukh puts it, "This one I have to watch."

The 50-year-old actor shared the teaser poster of Sachin's film and said:

This one I have to watch. Show me NA soon my friend. https://t.co/DeIxqGGc4v

To this, Sachin replied:

Sachin had earlier tweeted the teaser of his film:

Thank you for all the love and support over the years! Watch the #SRTteaseron14thApril at 1 PM on @SachinTheFilmpic.twitter.com/PEfD2LH3jX

Sachin, 42, is making his acting debut with the movie, which has been directed by British director James Erskine. (Also Read: Sachin Tendulkar Unveils Poster of His Biopic on Twitter)

Meanwhile, Fan directed by Maneesh Sharma will release on April 15.