Katrina Kaif makes a cameo of sorts in the teaser of Zero, which released on social media on January 1 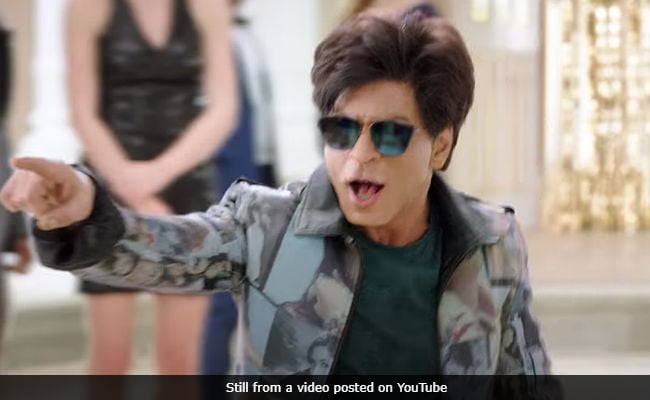 New Delhi: Yes, Katrina Kaif was there in the first teaser of Zero. Katrina Kaif, who co-stars with Shah Rukh Khan and Anushka Sharma in the Aanand L Rai-directed film, makes a cameo of sorts in the teaser, which released on social media on January 1. In case you missed it, Shah Rukh Khan, who performs like crazy in 1-minute teaser, is wearing a jacket which has a collage of Katrina's pictures. The teaser of the much-awaited film, shows Shah Rukh Khan as a dwarf, whose character seems to be an entertainer.

Watch the teaser of Zero and pause at 0.29-second to take a look at the 'Katrina Kaif jacket':

Of casting Shah Rukh khan as a dwarf in Zero, Aanand L Rai (Raanjhanaa and the Tanu Weds Manu series) told Mumbai Mirror: "I needed a big star and even if you cut two feet away from Khan saab, he'd still stand tall. Also, this story has a wide reach and he will take it to the world," he said.

Anushka Sharma will resume filming Zero once she's back from South Africa where she is accompanying her husband Virat Kohli for his upcoming series. Before Zero, Katrina Kaif will be seen in Yash Raj Films' Thugs Of Hindostan with Aamir Khan. Of why he signed Anushka and Katrina for Zero, the director said: "I took Katrina and Anushka not because they are big names but because they fit the characters," reports Mumbai Mirror.