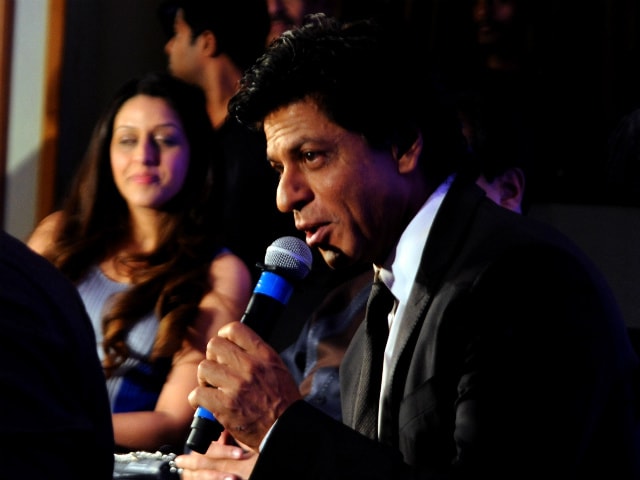 London: Actor Shah Rukh Khan has said that actors, like all other professions, are free to speak their mind.

When asked about his views on the impact of the storm around certain comments made by actors like Aamir Khan, the Chennai Express star said that it was important to be able to talk about things.

"I think there is no issue about actors saying what they want or anybody from any profession saying whatever they feel like. I think we should talk about things and it's nice to talk and sort things out," SRK told PTI.

"Freedom of expression means that you say something, somebody else says something which may be contrary, and you discuss it. I personally believe most of the stuff that is talked about, instead of taking a radical point of view, it should be seen as a platform for discussion, not for decision or derision or giving a final comment on it," he added.

The 50-year-old actor, who had also been at the receiving end of some negative comments on social media after an interview in November, said: "We have social media where you can discuss stuff. It's not meant to be the end of all. Things should not be taken as the ultimate truth. Most of the social media is about discussion, not passing a judgment. As soon as you realise that, you overlook the idiots who pass judgments."

The entire cast of Rohit Shetty-directed Dilwale, including Kajol, Varun Dhawan and Kriti Sanon were in London on December 1 to promote the film. (Also Read: Shah Rukh Khan's on Fire, Dancing to Manma Emotion in London)

Dilwale, which is set for a worldwide release on December 18, has been produced by SRK's Red Chillies Entertainment and distributed by UTV Disney.