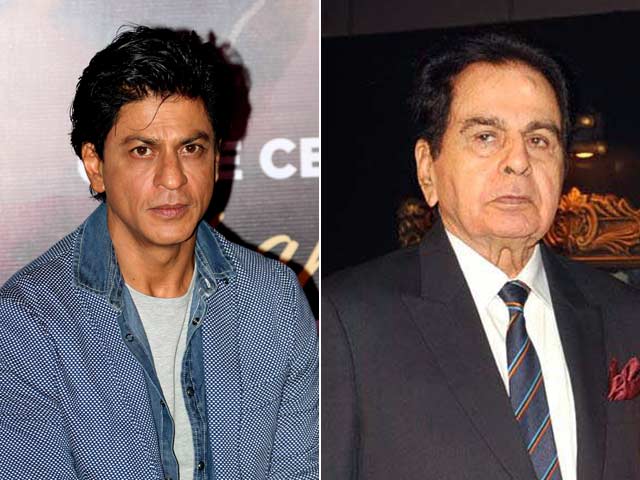 The 93-year-old actor was presented with the Padma Vibhushan by Union Home Minister Rajnath Singh, in the presence of the actor's wife Saira Banu. Maharashtra Governor C Vidyasagar Rao, Chief Minister Devendra Fadnavis were among other dignitaries present at the actor's home when he received the award.(Also Read: Dilip Kumar's 'Tearful Moment' at Padma Awards Ceremony)

"Dilip saab is more deserving than anybody else. Even words like 'icon' are very less for him. He is the forefather, the pillar of the film industry, amongst the last few pillars left. I think what he has received is huge," said Shah Rukh.

"No matter how many awards he gets, it will be less for him because of his art, beauty and Sairaji's support. He is one of the greatest human beings apart from being an actor. I know them personally, so I can say that. It's a moment of big celebration," added Shah Rukh.