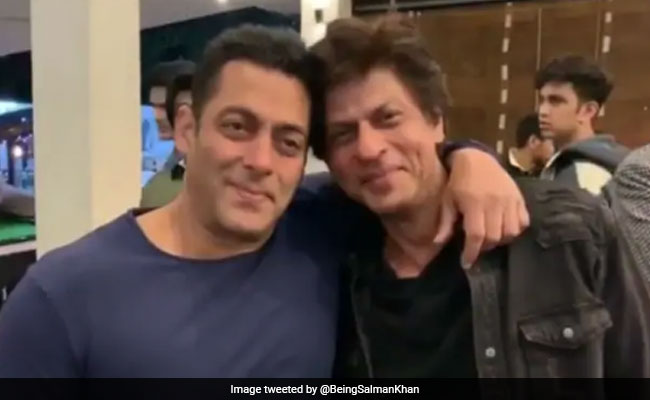 Shah Rukh Khan, who was the special guest on the third season of talk show Masterclass, recalled what Salman Khan had said at the premiere of his blockbuster film Dilwale Dulhania Le Jayenge close to 25 years ago. SRK, who was interacting with host Cyrus Sahukar during the show, revealed that at the premiere of Dilwale Dulhania Le Jayenge Salman Khan had praised his film while a couple of other friends panned his work, news agency ANI reported. "I still remember, this was at the premiere of Dilwale Dulhania Le Jayenge. I had a couple of friends sitting beside me. There is a scene in the movie where I say to myself agar yeh tujko pyaar karti hai toh palat ke dekhegi. Palat, Palat, Palat. And at that point, my friend tells me, 'It looks like you will kill her like you killed the girl in Baazigar. If you weren't in this movie, it would do really well.' I felt very sad," ANI quoted Shah Rukh as saying. SRK recollected that apart from the production team, it was his friend Salman who was all praises for the film. "The first person outside the production who saw the film and said 'it's a great one' was my friend Salman Khan," the 53-year-old actor said.

Shah Rukh Khan and Salman Khan have been friends for a very long time, however, they had a fall out in 2008. Though the duo met at a few parties and award functions, it was at Salman's sister Arpita's wedding in 2014 that they buried the hatchet.

Shah Rukh Khan and Salman Khan have co-starred in several films such as Hum Tumhare Hain Sanam, Kuch Kuch Hota Hai and Karan Arjun. In 2017, SRK had a cameo appearance in Salman's Tubelight. In Shah Rukh's 2018 release Zero Salman too had a special appearance.