Shaadisthan Review: Director Raj Chaudhary displays firm grip on this clash-of-two-worlds tale rendered in the form of a road movie that rarely veers off course. 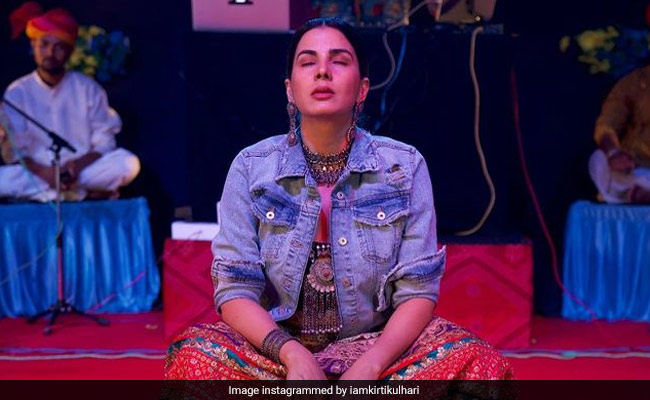 An unpretentious, medium-intensity drama such as Shaadisthan has an intrinsic advantage. The film's constricted bandwidth allows first-time director Raj Singh Chaudhary to exercise firm control on the interplay of the modest narrative tools at his disposal. Since there isn't a whole lot to unpack in the 90-minute Shaadisthan, streaming on Disney+Hotstar, the film is never in danger of turning into an unseemly, my-way-or-the-highway scramble.

It unravels like a thin, transparent wrapper that readily reveals its contents. Expectations are, therefore, always pegged at a reasonable level. Some might find Shaadisthan a tad bland and superficial, and not entirely unjustifiably, but the uncluttered and surprisingly decent film derives palpable benefits from the fact that it is happy to stay within its chosen limitations.

Chaudhary, who wrote the screenplay for and played a key onscreen role in Anurag Kashyap's Gulaal, displays firm grip on this clash-of-two-worlds tale rendered in the form of a road movie that rarely veers off course.

A conservative middle-class family hitches a Mumbai-to-Ajmer ride with a band of footloose musicians on their way to a show. In the course of the uneasy journey, there is little love lost between the two groups aboard a camper van. Rising tensions engender the possibility of course corrections.

The eventual outcome of the voyage is predictable all right, but the means that Shaadisthan employs is neither in-your-face nor overly all-knowing. The debate that it stokes on the freedom of women to choose how they want to fight/negotiate/absorb the ill effects of patriarchy allows space for enough muddy greys for it not to be a black and white affair.

The cast, spearheaded by the dependable Kirti Kulhari and composed of several non-starry actors who hold their own, is solid enough to offset what the film lacks by way of depth. Together, they deliver a believable, if not dazzling, tale in which two women, a young Mumbai girl a day away from turning 18 and her docile mother who may have left her best behind, have to reckon with impulses that they, especially the older of the two ladies, aren't accustomed to confronting because the man who calls the shots in the Sharma household is oblivious to their emotional needs.

Arshi Sharma (Medha Shankar) has reason to hate her overbearing father (Rajan Modi) more than any other man in the world. But her submissive mom (Nivedita Bhattacharya, serving as a strong and steady foil for Kulhari) is content to do her husband's bidding without ever pausing to wonder if her unquestioning marital fealty has been worth the years that she has wasted on it. The three are on their way to the wedding of the man's nephew in Ajmer.

A minor act of rebellion by the disgruntled Arshi has resulted in the family missing their flight. Her about-to-wed cousin Cholu (Nishank Verma) activates Plan B, under which she and her parents travel with four members of a band in their souped-up, colour-spangled minivan all the way to Ajmer. One of the musicians is Cholu's pal and the band is scheduled to perform at the wedding.

The lively, amiable quartet is made up of lead singer Sasha (Kulhari) and three easy-going men – Freddie (Apurv Dogra), Jigme (Shenpenn Khymsar) and Imaad (Ajay Jayanthi). Their fancy-free ways – they guzzle beer and smoke non-stop – do not go down well with Arshi's fretful, ultra-orthodox dad, who is worried stiff that his wife and daughter might not be safe in the company of the wayward musicians.

On the way, the vehicle makes a stopover in an Udaipur home-cum-hotel owned by a man named Tiger (Kay Kay Menon in a special appearance), who ensures they have a good time while they are there. The break leads to an unplanned delay and an unintended detour. Arshi's mother is alarmed no end. Separated from her husband for a bit, she is at her wit's end.

Sasha, unable to fathom why the lady is so flustered, has a chat with her. The conversation is intercut with another that Imaad has with Arshi. Imaad wonders why the girl does not put up a fight. As two opposing worldviews collide, it becomes abundantly clear that Arshi is ready to rebel while her mother is completely at ease with being who she is.

As it juxtaposes two dissimilar worlds, Shaadisthan lets both its flanks roll out in their own ways without being overly judgmental about either. It might be easy to see on which side of the debate the filmmaker stands, but he lets the unadventurous Sharmas, especially the young girl and her submissive mom, have their say when the time is ripe.

The musicians hold the upper hand for the most part because they are devoid of any inhibitions and their relationships have no strings attached. But every point that they make isn't necessarily at the expense of Arshi and Mrs Sharma. Neither the lady's given name nor her husband's is uttered even once because her identity is yoked to that of the man she is married to and she, on her part, is conditioned against mentioning her husband by name.

Though the men in the film aren't entirely unimportant, Shaadisthan eventually boils down to being a story of three women – a troubled teenager, a fiercely independent singer and a dutiful homemaker who appears to know no other way of living. All three eventually learn a little from each other.

This is what makes this film markedly different from many other gender-role dramas that Hindi cinema produces. The characters do not point fingers at each other. They have polite conversations. So, don't expect high drama and startling epiphanies. Look instead for the little parries and thrusts strewn across the film. While Sasha is the cocky one here, Mrs. Sharma, too, gets a shot at a proper comeback after she has been at the receiving end of much ribbing.

Nakul Sharma and Sahil Bhatia's musical score has a wide range – from soulful folk riffs to lively contemporary beats, all of it delivered in an understated manner that matches the tone of the film all the way.