Second Innings: Cricketers Who Tried Their Luck in Films 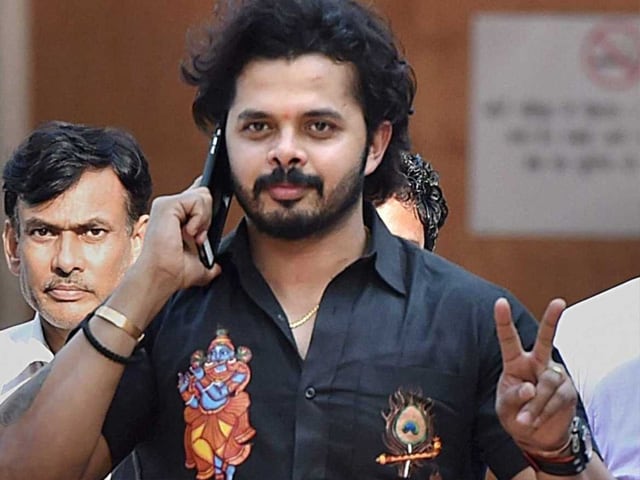 Sreesanth is all set to make his Bollywood debut with Pooja Bhatt's Cabaret. (Image courtesy: PTI)

Mumbai: Hundreds of wannabe actors knock on the doors of tinseltown everyday with hopes of making it big. And if you have a godfather or the right contacts, half the battle is won. The industry is also quite welcoming if you belong to the field of an average Indian's interest - preferably, cricket. 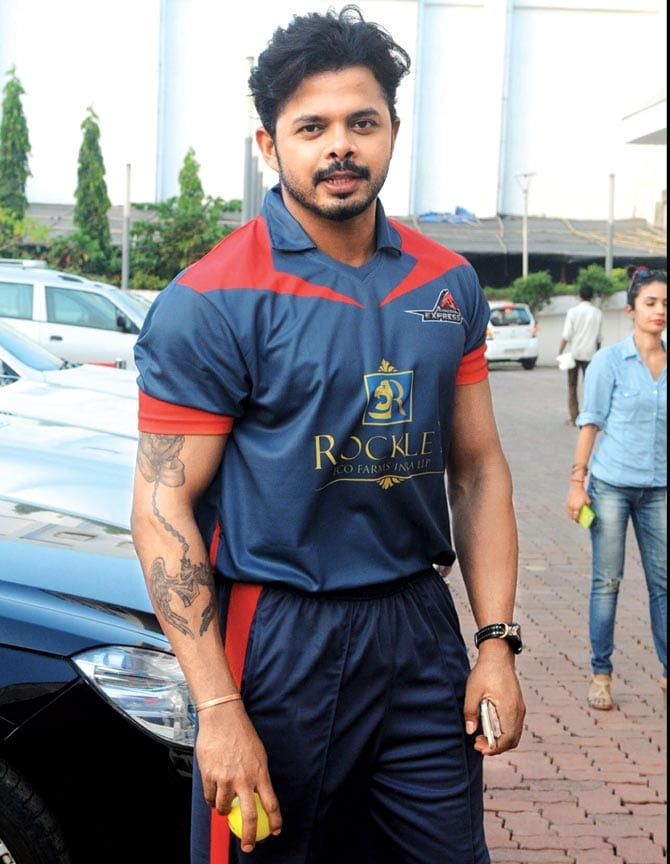 Image courtesy: mid-day.com
In the past few years, we have seen quite a few cricketers, who, after losing their slot in the Indian cricket team, have received offers to become heroes on reel. The latest is fast bowler S Sreesanth, who was suspended in connection with the 2013 IPL spot fixing case and will soon be seen in Pooja Bhatt and Bhushan Kumar's co-production.(Also Read: Tainted India Pacer S Sreesanth Set to Make Bollywood Debut)

Alleged involvement in the fixing controversy led to the fall of Sreesanth, who was part of the 2011 World Cup-winning Indian team. And since controversial figures are mostly an ideal choice for reality television, the speedster's participation on Jhalak Dikhhla Jaa's last year did not come as a surprise - to be fair, he is a pretty good dancer. He, however, did not win the show.

While the Delhi High Court has dropped fixing charges against him, he is prepping up to make another entry into the Indian team and the entertainment industry as well. He will be seen in Pooja Bhatt and Bhushan Kumar's co-production, 'Cabaret'. This will be the cricketer's first Hindi film and he has done workshops to sharpen his acting skills.

Ajay Jadeja was a successful cricketer having played for Indian cricket team from 1992 to 2000 until a match-fixing scandal undid him. He was banned for five years. But by the time the Delhi High Court revoked the ban and made him eligible to play international and domestic cricket, he had worked out an alternative plan for himself. Ajay made his Bollywood debut with Khel (2003) also starring Sunny Deol and Suniel Shetty. But it didn't prove propitious for him.

Image courtesy: mid-day.com
He was next seen in a forgettable film called Pal Pal Dil Ke Ssaat (2009). Another cricketer who featured in the same film was former southpaw Vinod Kambli, who is currently in news for allegedly harassing his domestic help. Kambli had tried his luck in Bollywood over a decade ago. But just like Jadeja, his debut film failed to do wonders for him and it was ironically titled Annarth (2002) co-starring Sanjay Dutt and Shetty.

While none of these cricketer-turned-actors have had a successful run in Bollywood so far, industry experts believe that casting them is a marketing strategy by producers, who hardly expect a great performance from them. "Filmmakers use their popularity to earn a bigger audience for their films. Producers know that these cricketers are not going to become stars in that sense of the term, but casting them is an one-off thing. The cricket players do not get to do many films because their acting abilities are exposed after their debut film releases," says trade expert Komal Nahta. 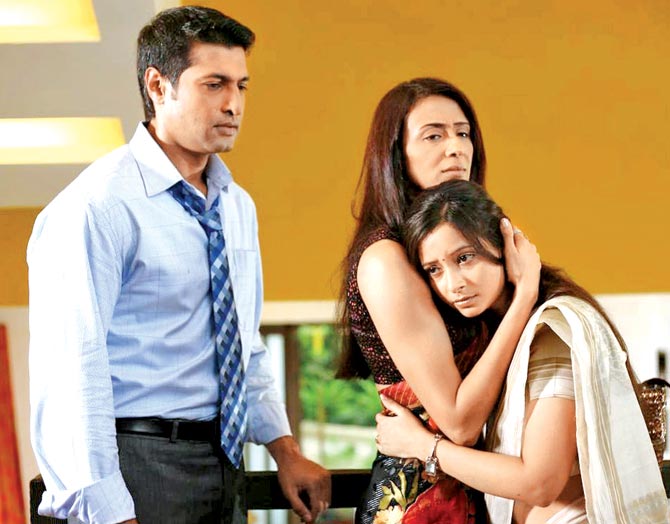 Salil Ankola might not have been as popular as other cricketers like Jadeja or Kambli, but he has done more number of films than them. He played for India between 1989 and 1997. As he lost his place in the squad later, he made his debut with Kurukshetra (2000) sharing screen space with Sanjay Dutt. While the film did not make him a star, offers kept coming his way. He was seen in Pitaah (2002), Chura Liyaa Hai Tumne (2003) and a few more forgettable films. He also did a few television shows. 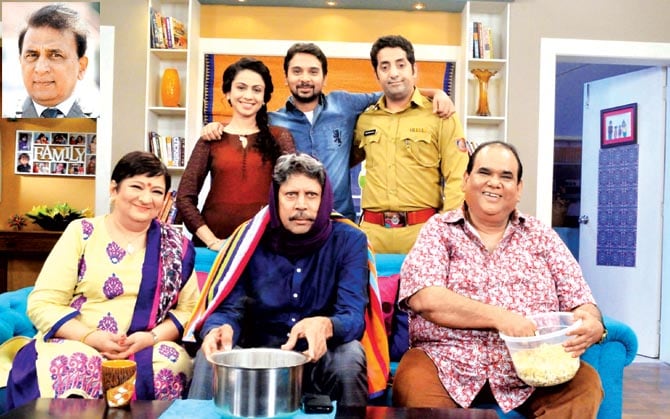 Image courtesy: mid-day.com
After hanging up their boots, cricketing legends Sunil Gavaskar and Kapil Dev have made guest appearances in films and their presence has, arguably, been liked. While Gavaskar was seen in Maalamaal (1988) with Naseeruddin Shah, Kapil made cameo appearances in Stumped (2003), Mujhse Shaadi Karogi (2004) and Iqbal (2005). The latter is also making his small screen debut with Sumit Sambhal Lega, a desi adaptation of Everybody Loves Raymond.

It is said Salim Durani was one of the first cricketers to have sought his fortune in B'wood. He was signed for BR Ishara's Charitra (1973) opposite Parveen Babi. Following suit was cricketer-turned-coach Sandeep Patil, who bagged Kabhi Ajnabi The (1985) around the same time that his cricket career was threatened following poor performance against England. 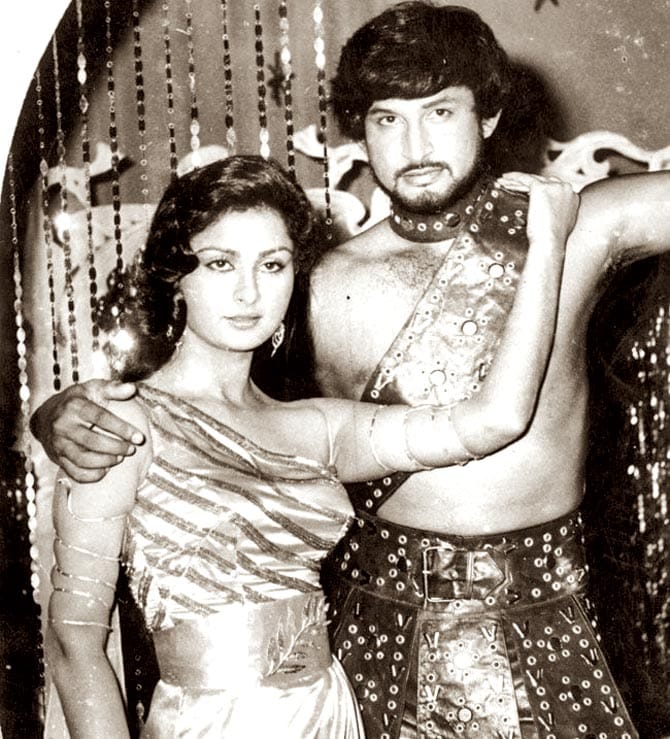 Image courtesy: mid-day.com
He starred opposite Poonam Dhillon and Bengali actress Debashree Roy, with whom he was romantically linked. In the same film, wicketkeeper Syed Kirmani was cast as the villain. After a long hiatus, Kirmani returned to the silver screen in 2012, as a cricket coach in Malayalam film, Mazhavillinattam Vare (Till the End of the Rainbow).

Trade analyst Taran Adarsh says, "If a few cricketers could not make it big, it does not mean that no one else would. It is just that they have to choose the right project and deliver a hit. If that happens, they will get more offers and their popularity will only increase. So will the audience's expectations." In fact, Suniel Shetty, who has worked with Jadeja and Kambli, believes that more cricketers should enter moviedom. Image courtesy: mid-day.com
"They both worked hard to deliver their best in films. They love acting and I loved working with each of them," he says and adds, "Unfortunately, their debut releases didn't do well at the box-office and therefore, they did not get more offers. But, they have enough followers to make them stars. I think Yuvraj Singh should also act in films. He is a fighter, looks good and has an immense fan following which are the basic requirements to become a star."