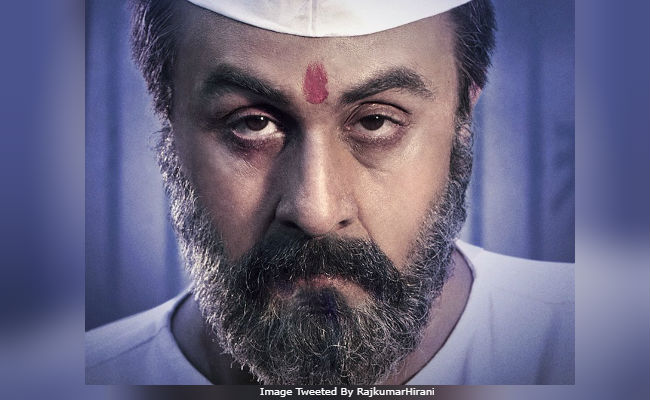 New Delhi: Sanjay Dutt did not have it all easy in life and the latest poster from his biopic titled Sanju is proof. Yet again, Rajkumar Hirani shared a glimpse from his upcoming film starring Ranbir Kapoor, in which the actor replicates Sanjay's look from the time he was serving his term in prison. Mr Hirani shared Ranbir's look from the film and tweeted: "I met Sanju in Jail in 2013. Recreation of how he looked then." The poster features the 35-year-old-actor dressed in white kurta pyjama and a topi. The recent poster is a sneak peek from the time Sanjay Dutt was arrested in connection to the 1993 Bombay blasts.

I met #Sanju in Jail in 2013. Recreation of how he looked then. #RanbirKapoor#RajkumarHiraniFilms@VVCFilms@foxstarhindipic.twitter.com/r33HutIVnL

Rajkumar Hirani has been continually dropping updates from his film and this has helped to create desirable hype around the film. Earlier, Mr Hirani had shared fresh looks of Ranbir Kapoor, which were from when Sanjay Dutt's Rocky and Munnabhai MBBS released. Take a look here:

This day in 1981 released Sanju's first film 'Rocky'. Here is Ranbir in that look. #Sanju#RanbirKapoor#RajkumarHiraniFilms@VVCFilms@foxstarhindipic.twitter.com/yZSw7vNK0h

It was lot of nostalgia reliving a bit of Munnabhai in #Sanju. Here it is. #RanbirKapoor#RajkumarHiraniFilms@VVCFilms@foxstarhindipic.twitter.com/XxCYlx65Fs

With movies like PK and Munnabhai MBBS on his resume, Mr Hirani surely aspires to hit the jackpot ones again with the release of the year's most anticipated film. Based on the life of Sanjay Dutt, Sanju will track the actor's journey across various ups and downs, his struggle as well as the time he once reigned in Bollywood.

Promoted
Listen to the latest songs, only on JioSaavn.com
Ranbir was last seen in 2017 release Jagga Jasoos which had tanked at the box office. A lot rests on the success of the film for the actor whose films, of late, have failed to perform at the box office.