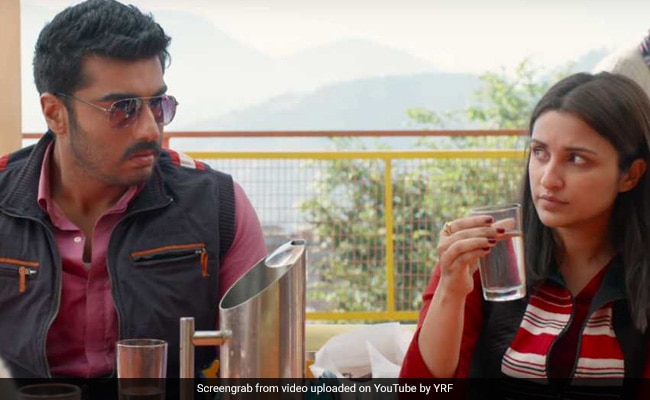 The trailer of Dibakar Banerjee's upcoming thrillerSandeep Aur Pinky Faraar released on social media on Wednesday. The twisted tale of a working professional named Sandeep Kaur (Parineeti Chopra) and a cop name Pinky Dahiya will keep you hooked. The trailer is replete with crisp, well-written dialogues and a hint of dark humour. Parineeti, who wishes to escape from the city, stumbles upon a man named Pinky and offers to pay him for helping her move out but little does she know that the arrival of Pinky in her life is more than just destiny (it might as well be a conspiracy). During the pursuit of escaping from her secretive circumstances, Parineeti finds herself tangled in another pile of problems and Arjun only adds to them (deliberately or otherwise). Just like Parineeti, Arjun too is a man on a mission and definitely not a healthy one. Neena Gupta, Rajdeep Ahlawat and Raghuvir Yadav provide the much-needed comic relief in the trailer.

Check out the trailer of Sandeep Aur Pinky Faraar here:

Other thanSandeep Aur Pinky Faraar, Parineeti and Arjun co-starred in Ishaqzaade and Namaste England. The film is slated to release on March 20.