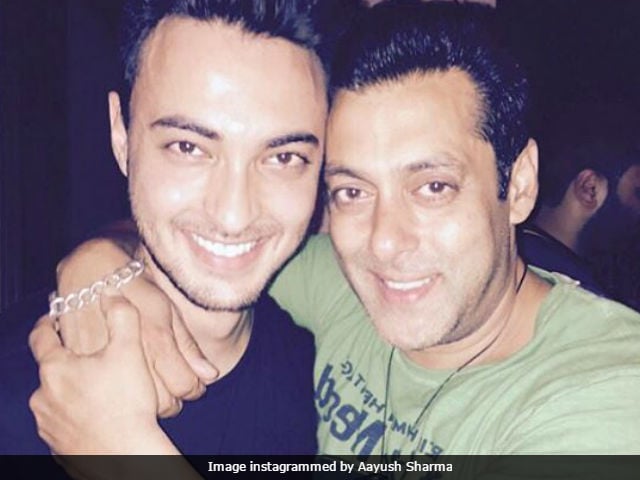 New Delhi: Actor Salman Khan and filmmaker Karan Johar are now making two films together - first one with Akshay Kumar in lead role (which was announced in January), and now they will jointly produce a film which will be Salman's brother-in-law Aayush Sharma's Bollywood debut. Aayush is married to Salman Khan's sister Arpita and they have a one-year-old son, Ahil. Arpita confirmed the news on Instagram by posting a Mumbai Mirror report with the caption: "Finally the times coming closer (sic)." Aayush will be cast in a solo hero project and the pre-production work on the film will start in July, said the Mumbai Mirror report.

Aayush Sharma married Arpita in November 2014 in a lavish ceremony at Hyderabad's Falaknuma Palace. The couple welcomed Ahil in 2016. Aayush and Arpita often accompany Salman Khan for his outdoor shooting schedules. They were with Salman while he filmed Kabir Khan' Tubelight in Manali.

Promoted
Listen to the latest songs, only on JioSaavn.com
Aayush Sharma is the son of Himachal Pradesh-based businessman-politician Anil Sharma. His grandfather was the former union communication minister and Congress leader Sukh Ram.

Meanwhile, Salman Khan will be next seen in Tubelight, which is directed by Kabir Khan. The film also stars his brother Sohail Khan and will release two days before Eid, on June 23. He is also busy filming Tiger Zinda Hai with Katrina Kaif. The film is a sequel of 2012's Ek Tha Tiger.

When Caught Posing, Do What Rakul Preet Singh Does. Duh!