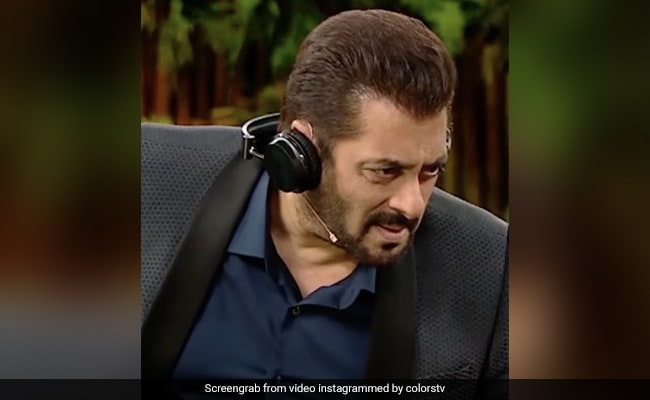 Salman in still from the video (Image courtesy: colorstv)

This week's Weekend Ka Vaar hit the Bigg Boss 15 contestants hard. Host Salman Khan took them to task regarding their performance on the TV reality show. Promo videos reveal how Salman schools them for not being able to create much of a buzz among the audience. While the show witnessed an eviction of three participants, it also saw three wildcard entries — Rakhi Sawant, Rashami Desai and Devoleena Bhattacharjee. Along with Salman Khan, these wild card contestants have also been complaining about the laidback performance of other contestants.

In one of the videos, Salman Khan says, “Aap logo ko jaganey ke liye, hum logo ko pichley season ke contestants laney pade (We had to bring contestants from the previous season in order to wake you up).”

Salman referred to contestants of Bigg Boss OTT and wildcard contestants who were part of previous seasons. He then went on to complain, “Aap log pehle bi clueless the, abhi bhi ho (You all were clueless earlier. You are still clueless).”

The Bigg Boss host was so furious with the contestants that he went on to say, “Yaha pe mujhe ek winner nahi dikhai deta hai (I don't see any winner here).”

Salman Khan also complained that all the contestants behaved superficially this season. When Tejasswi Prakash tried to retort, Salman stopped her midway. “You guys do not stand a chance,” he said.

Earlier, Salman Khan had schooled Karan Kundrra for not playing the game properly. Salman said, “Karan, aisa lag raha hai ki tum chhutti mana rahe ho (Karan, it seems like you are on a holiday)”, and added, “Kya ho gaya hai, tumko? Ishq mein nikamma (What's the matter with you? Are you going crazy in love)?” Wildcard or VIP contestants also slammed against Karan Kundrra and Tejasswi Prakash for not focussing on the game.

Devoleena Bhattacharjee also complained about Shamita Shetty's performance. She told her that the actress was busy trying to keep her public image intact while not focussing properly on her game strategies.