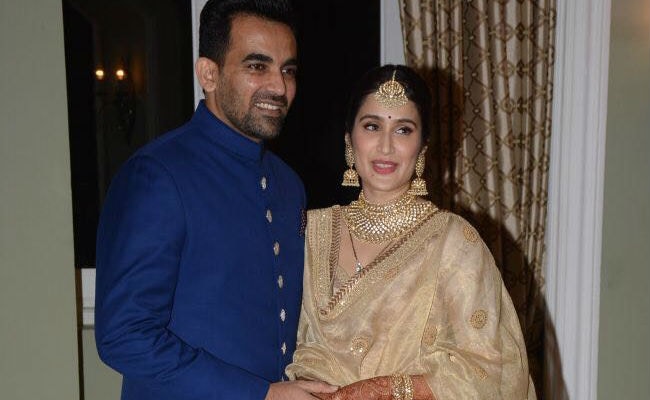 New Delhi: Sagarika Ghatge, dressed in a gold ensemble and Zaheer Khan, wearing a royal blue achkan looked regal at their wedding reception. The Chak De! India actress wore a gold benarasi lehenga with a spectacular diamond and gold necklace and matching jhumkis and Maang teeka. Zaheer loked handsome in a royal blue achkan with a pocket square as his only accessory. Sagarika and Zaheer arrived at the venue (Taj Mahal Palace and Tower in Mumbai) , gracefully posed for the waiting paparazzi and left to join their guests. Take a look at pictures of the newly-weds from their wedding reception: 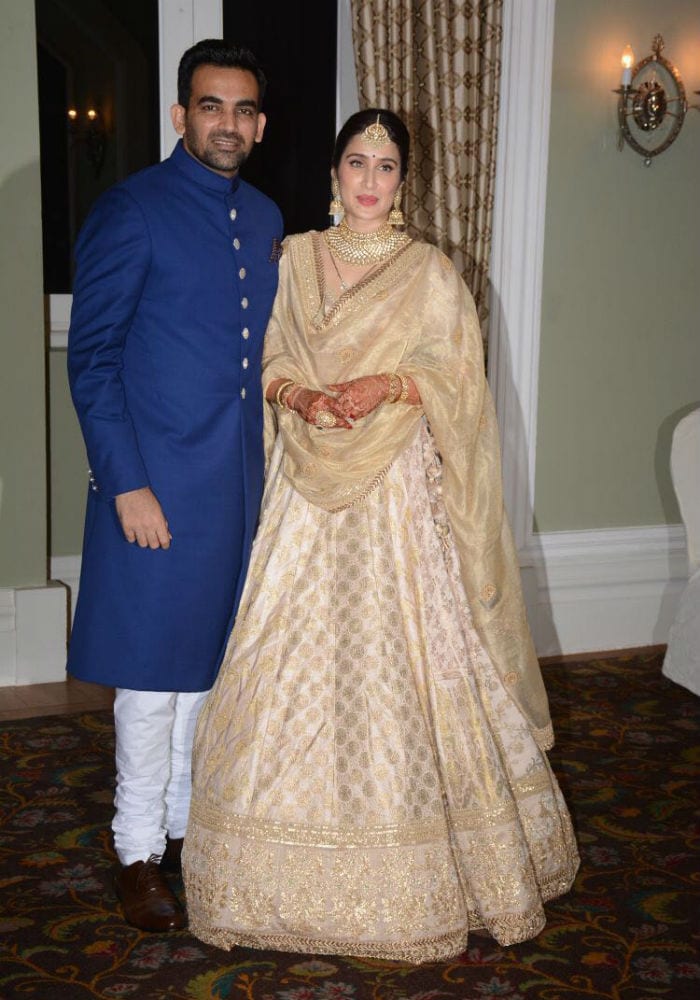 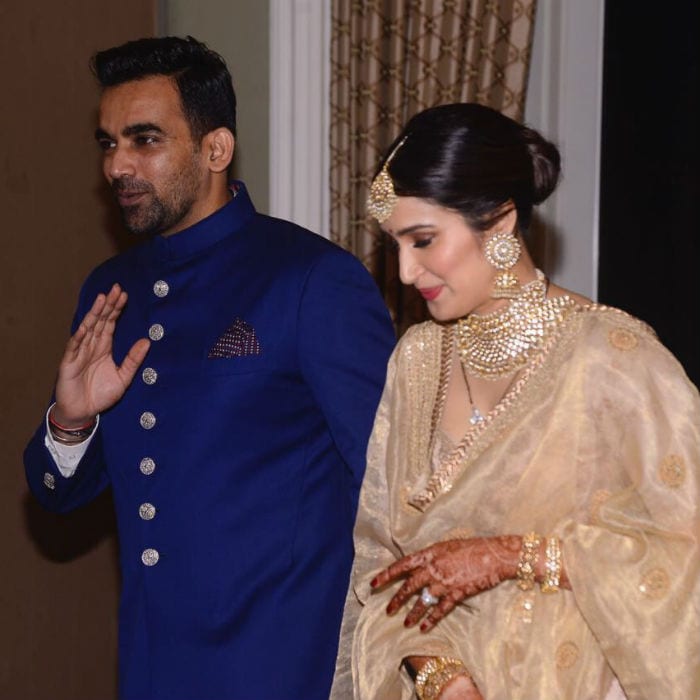 Sagarika Ghatge and Zaheer Khan opted for a simple court marriage on November 23, which was followed by a simple reception on the same day. Sachin and Anjali Tendulkar, Yuvraj Singh's actress wife Hazel Keech and actress Vidya Malavade were in attendance.

The court wedding and reception was followed by a mehendi and sangeet ceremony leading up to today's grand reception. For her mehendi, Sagarika wore a pastel green Anita Dongre lehenga while for the sangeet she picked a shimmering grey outfit from the shelves of Falguni Shane Peacock.

Here are some other pictures from Sagarika and Zaheer's wedding sangeet and mehendi ceremonies, which was attended by Sania Mirza, Yuvraj Singh and Hazel Keech, Ashish Chowdhary and his wife Samita Bangargi, among others.

@poornapatel ur beautiful. The evening hosted by you, just the same.. Beautiful. 🤗😘 #lastnight

What a crazy night!! #wedding #funtimes