"Aham Brahmasmi," chants Pankaj Tripathi and he goes on to deliver Guruji's dialogues with ease in the promotional video. 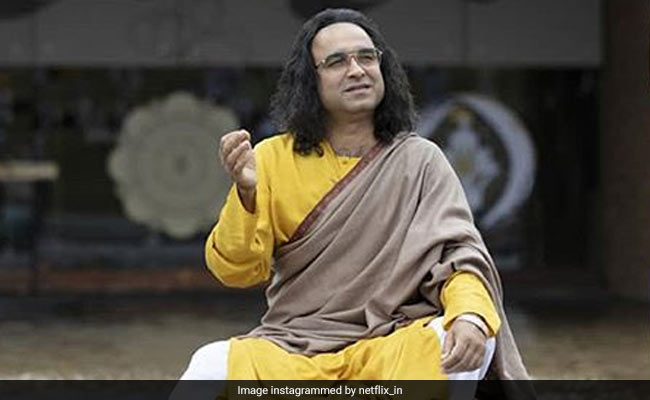 Netflix India released a promotional video actor Pankaj Tripathi giving mock auditions for several characters of popular web-series Sacred Games, which will make you ROFL. In the mock audition clip, Pankaj Tripathi first tried his luck with the lines of Ganesh Gaitonde, one of the three central characters of the latest season of Sacred Games, followed by Gaitonde's aide Bunty and finally Guruji, which he plays in the series based on Vikram Chandra's novel of the same name. Sacred Games has been criticised several times for its cuss words-infused dialogues and Pankaj Tripathi dismisses the characters of Gaitonde (which Nawazuddin Siddiqui plays on the show) and Bunty (played by Jatin Sarna) for the same reasons.

After Pankaj Tripathi almost leaves the audition room, he is given the lines of Guruji, who was briefly introduced in season 1 while his character came to the forefront in the latest second season. "Aham Brahmasmi," chants Pankaj Tripathi and he goes on to deliver Guruji's dialogues with ease.

The complete second season of Sacred Games aired on Netflix on August 15. The show received tumultuous response from critics. Saif Ali Khan, who plays the role Inspector Sartaj Singh (third central character on the show) Nawazuddin Siddiqui and Pankaj Tripathi were praised for their respective performances. Film critic Saibal Chatterjee wrote in his review for NDTV, "Nawazuddin Siddiqui and Saif Ali Khan continue to complement each other brilliantly in the follow-up... Pankaj Tripathi is outstanding."