A Hugh Jackman As Wolverine Update From Ryan Reynolds As Deadpool. This Is Not A Drill

Deadpool 3 is slated to hit the theatres in September 2024 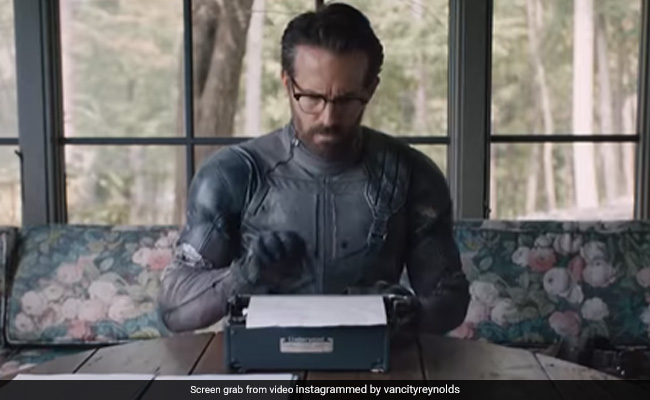 Ryan Reynolds in a still from the video. (courtesy: vancityreynolds)

It is a happy Wednesday for all Ryan Reynolds fans out there. After all, Deadpool 3 is on its way. No, we aren't bluffing here. The announcement was made by Ryan Reynolds himself. Well, if you are unable to keep calm after reading this, then we suggest you must wait. The ever-charming Ryan Reynolds has another surprise in store. The actor also confirmed that Hugh Jackman will return as Wolverine in the upcoming film, directed by Shawn Levy. Ryan Reynolds' character first appeared in the 2009 film X-Men Origins: Wolverine. Ryan Reynolds has also shared a video message for all of us on Instagram. The actor, referring to the  D23 Expo that took place earlier this month, said, “Hey everyone, we're extremely sad to have missed D23, but we have been working very hard on the next Deadpool film for a good long while now.”

On his first appearance in MCU, Ryan Reynolds added, “I have had to really search my soul on this one. His first appearance in the MCU obviously needs to feel special. We need to stay true to the character and find new depth, motivation, and meaning. Every Deadpool needs to stand out and stand apart. It's been an incredible challenge that has forced me to reach down deep inside. And I…I have nothing. Yeah, just completely empty up here. And terrifying. But we did have one idea.”

Gear up, here comes the best part. We see Hugh Jackman walking by in the background as Ryan Reynolds asks, “Hey, Hugh, you want to play Wolverine one more time?”  To this, Hugh Jackman replies, “Yeah, sure, Ryan.”

In the background, we can hear I Will Always Love You, by Whitney Houston, which has been tweaked as I will always love Hugh. Next, we see a black screen with “Coming Hughn” written on it. In the end, a Deadpool logo shows up and within a few seconds, it gets sliced up by  Wolverine's adamantium claws.

Deadpool 3 will officially join the Marvel Cinematic Universe after Disney's purchase of 20th Century Fox in 2019.

Along with the video, Ryan Reynolds wrote, “Hard keeping my mouth sewn shut about this one.”  The update has created a lot of buzz on social media. Fans are super excited to watch their favourite characters on screen. Well, well, in the middle of this, actor John Krasinski, who made his MCU debut with Doctor Strange in the Multiverse of Madness, didn't miss the chance to drop a fun comment under the post. He said, “Wait…Is this our movie?” If you are wondering what is John Krasinski trying to say here, allow us to walk you through it. The actor-director is referring to his upcoming film with Ryan Reynolds titled Imaginary Friends.

Actress Huma Qureshi too dropped a comment under the post. She wrote, “Woah” along with red heart emojis.

Deadpool 3 is slated to hit the theatres in September 2024. It is written by Rhett Reese and Paul Wernick, who have worked on the previous two instalments.

As for Hugh Jackman's Wolverine, he was last seen in James Mangold's Logan, which was released in 2017. Recap: Wolverine died in the film.  Now, it will be interesting to watch how will Wolverine make a return in Deadpool 3. So are you excited?