Riteish Deshmukh, "Excited" About His Digital Debut, Shared This Post

"Can't wait for you all to catch our new film," wrote Riteish Deshmukh 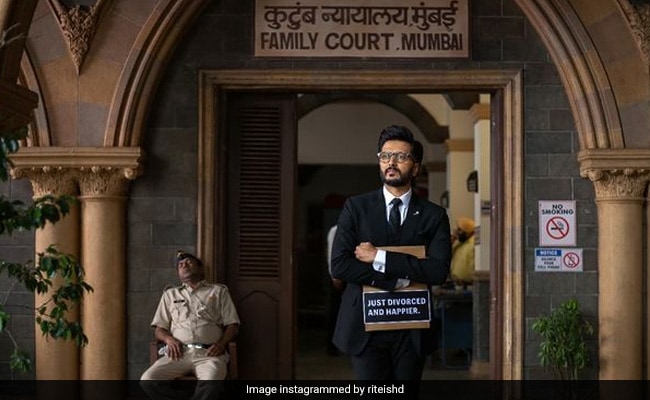 Riteish Deshmukh is all set to tickle your funny bones once again with a quirky romantic comedy that will stream on the platform, Netflix. The upcoming film is titled Plan A Plan B and will be directed by Veere Di Wedding director Shashanka Ghosh. The film also stars Baahubali actress Tamannaah Bhatia who will play the lead opposite Riteish. The movie will also feature Jai Mummy Di actress Poonam Dhillon and social media influencer Kusha Kapila who was seen in the Netflix's horror anthology series Ghost Stories in 2020. The actor also shared stills of the film on the photo-sharing app along with a caption. In it, he wrote, “Excited to make my digital debut with Netflix. Can't wait for you all to catch our new film Plan A Plan B, coming soon. See Ya!”

Actress Tamannaah Bhatia too teased us by giving us a glimpse of her role in the upcoming project. Tamannaah shared two pictures on her Instagram timeline, one film still of herself and the other featuring her and co-star Riteish Deshmukh. She looks fabulous in the pictures, don't you think? In the caption scape along with the pictures, she wrote, “What are your future plans? Don't think too much because Plan A Plan B is coming to Netflix soon. Can't wait for you to watch it.”

The film is written by Rajat Arora who also wrote The Dirty Picture and will be produced by Trilok Malhotra and K.R. Harish for India Stories Media And Entertainment and Rajat Arora's Funk Your Blues Entertainment.

Riteish Deshmukh made his film debut in 2003 with the romantic drama film Tujhe Meri Kasam co-starring his wife Genelia D'Souza. The actor is known best for his impeccable comic timing in films like Bluffmaster, Malamaal Weekly, and the Housefull series. He was last seen in Baaghi 3 starring Tiger Shroff and Shraddha Kapoor.

Tamannaah Bhatia will be seen as the host of the show MasterChef India -Telugu, which is being filmed currently. Tamannaah is best known for her role in the films such as Happy Days,Baahubali: The Beginning, Baahubali 2: The Conclusion.