Pakistani cricketer-turned-politician Imran Khan addressed the nation and in his speech, he took up India-Pakistan issue 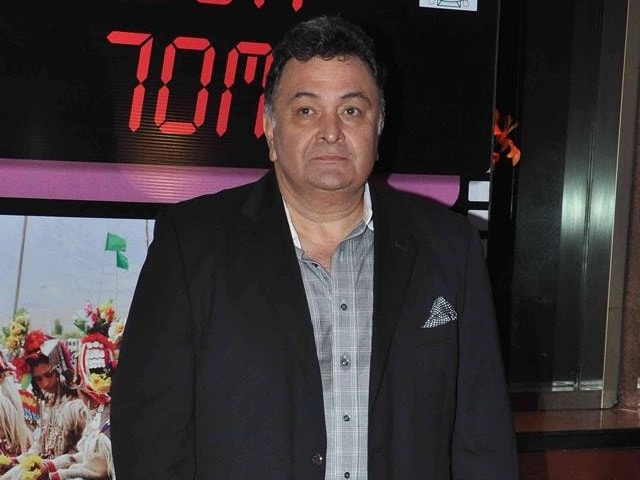 Rishi Kapoor will be next seen in Mulk

A few minutes after Pakistani cricketer-turned-politician Imran Khan, who's Pakistan Tehreek-e-Insaf (PTI) has emerged as the single largest party in the assembly elections, addressed the nation from Islamabad, veteran actor Rishi Kapoor tweeted about it and praised the politician's speech, which also included India and Pakistan's relationship. Plugging his new film Mulk, Mr Kapoor posted, "Well-spoken, Imran Khan. I have been saying whatever you said on all the channels for the past two days regarding India-Pakistan. I hope you succeed in making your "Mulk" have good relations with my "Mulk." In his speech, Mr Khan had said that he wants good relations with India.

Well spoken Imran Khan. I have been saying whatever you said on all channels past two days regarding India-Pakistan! I hope you succeed in making your "Mulk" have good relations with my "Mulk" pic.twitter.com/YCe741vW22

India and Pakistan ties have been severe since partition (1947). The issue of Kashmir has always been one of the most important topics of discussion. In 2016 after the Uri attack, Pakistani artistes were banned to be cast in any Bollywood film.

Meanwhile, Mulk, featuring Rishi Kapoor with Taapsee Pannu and Prateik Babbar, is the story about a Muslim family who are branded as terrorists and put on trial after their son was accused of being part of a terrorist outfit.

After the trailer of Mulk was released, director Anubhav Sinha was trolled incessantly for a highlighting a particular religion in his film. Later, he tweeted an open letter to all the detractors and explained his point.

In an interview to news agency IANS, Taapsee Pannu had said how it is "disturbing" for her to see a particular religion being targeted. "It is disturbing to see it happens because my life is run by Muslims. My manager, my driver, my housemaid...are all Muslims and they are an inseparable part of my life. This is one of the reasons why I chose to do this film. If somebody has to stand up to address the issue, then I would love to take the responsibility. Doing this movie was a way of venting out how disturbed I felt because of how Muslims are treated," she said.