Remember Sunny Deol's Son In Gadar? He's Back In And As Genius

Utkash is being directed by his father Anil Sharma, who also made Gadar 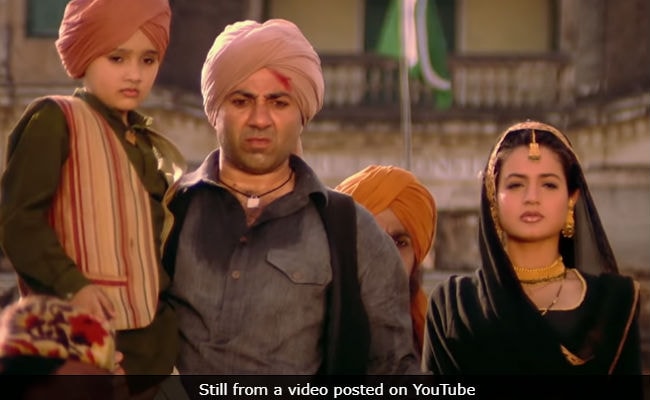 New Delhi: Utkarsh Sharma, who played the role of Sunny Deol and Ameesha Patel's onscreen son Jeetey in 2001 film Gadar, is all set for his full-fledged Bollywood debut. The teaser of his debut film Genius hit the Internet and it swiftly gained the top spot on the trends list. Genius is directed by Utkarsh's father Anil Sharma, who directed Sunny Deol in films such as Gadar, The Hero: Love Story of a Spy, Apne (also featuring Sunny's brother Bobby Deol and father Dharmendra) and Singh Saab the Great. Genius introduces Utkarsh, as an archetypal Bollywood hero, who romances the heroine and fights the goons (a la Sunny Deol style) - so, nothing new here.

It's how the teaser is presented, which will make you ROFL. The one-and-a-half minute clip has scenes of Utkarsh's new film juxtaposed with his scenes in Gadar. Genius is pegged as "Jeetey's return."

Watch the teaser of Genius:

Of directing his son, Anil Sharma told IANS that he treated Utkarsh like any other cast member on the sets. Anil Sharma also discussed about his son's potential and possible future in Bollywood. "Since his first film as a child actor, I realised that he has a special talent. Then he did a film production course in the US. I think in this film, he has done a fantastic job with his realistic performance, but now things are in the audience's hands - whether they will accept him or not as an actor, as I think the image of an actor is largely created by the audience."

Promoted
Listen to the latest songs, only on JioSaavn.com
Utkarsh is debuting opposite Ishitha Chauhan, who has featured in films like Aap Kaa Surroor, Asha Black and Highjack, which released earlier this year. The film also stars Ayesha Jhulka and Nawazuddin Siddiqui, who called Utkarsh "dynamic talent" in a tweet earlier this year.