Ranbir and Anushka Sketched Virat Kohli. Did They do a Good Job? 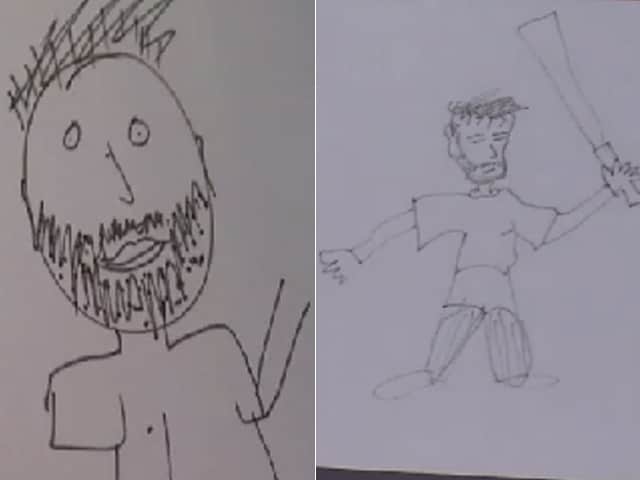 Picture on the left was made by Anushka Sharma and on the right by Ranbir Kapoor.

New Delhi: Actors Ranbir Kapoor and Anushka Sharma played Pictionary and were asked to sketch Royal Challengers Bangalore's 'best batsman' on a Star Sports show where they were promoting their upcoming film Bombay Velvet. Here's what they drew: 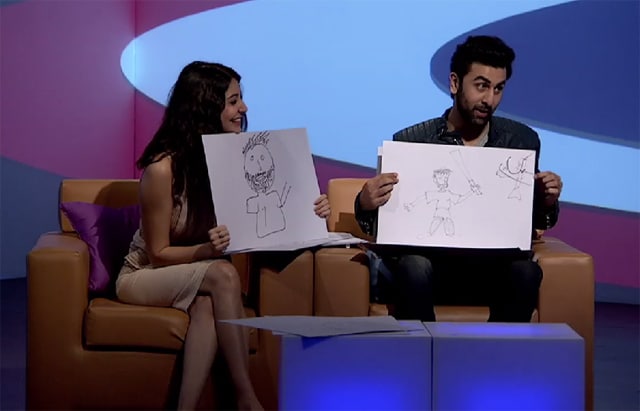 If you answered 'yes,' then full marks. That is indeed a picture of Virat Kohli, as sketched by Anushka and Ranbir. Importantly, neither were asked to draw Virat by name. They were simply told RCB's 'best batsman' and both picked Virat. Just in case nobody got it, Ranbir helpfully added Anushka, Virat's girlfriend, in his drawing, "wearing a spacesuit" (as described by host Cyrus Sahukar). 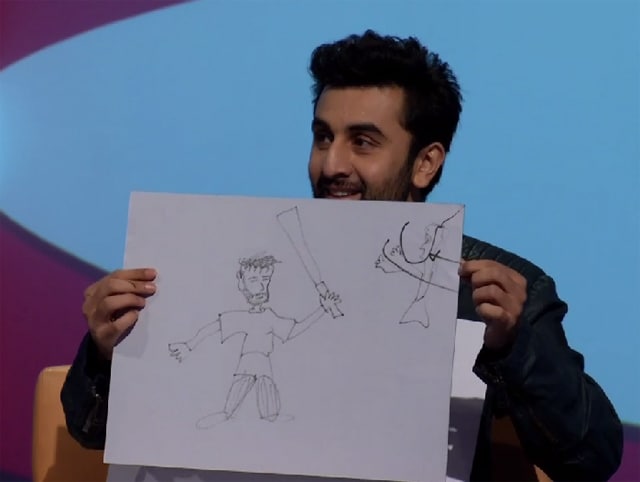 They were also asked to draw a picture depicting 'leg before wicket'. Of Ranbir's drawing, Cyrus said it looked like 'a yeti walking around on a cricket pitch'. 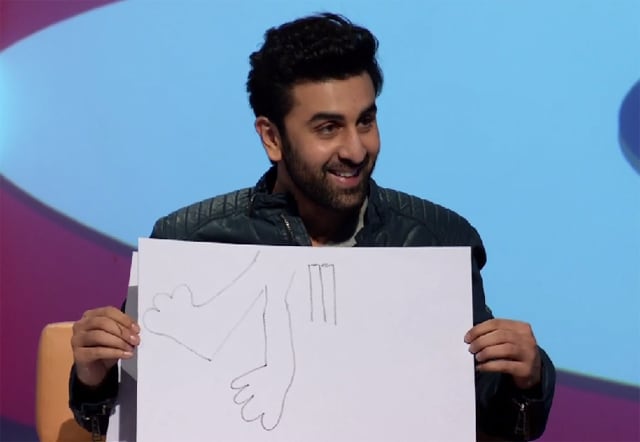 Anushka won that round: 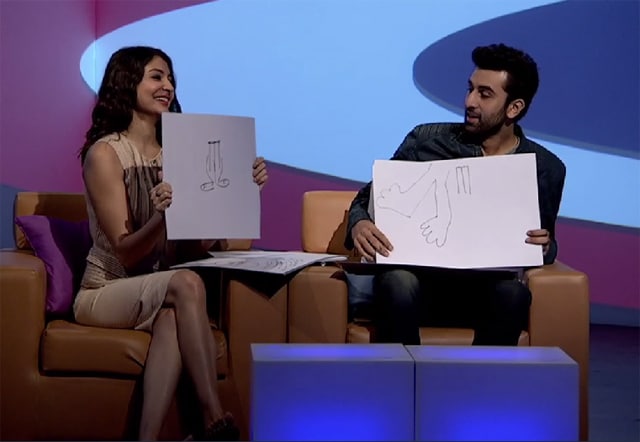 Finally, the actors were asked to draw and describe Bombay Velvet.

Anushka, who had clearly forgotten the rules of the game, spelled it out:

Ranbir drew an elaborate portrait featuring a queen's necklace and a well which was wet. 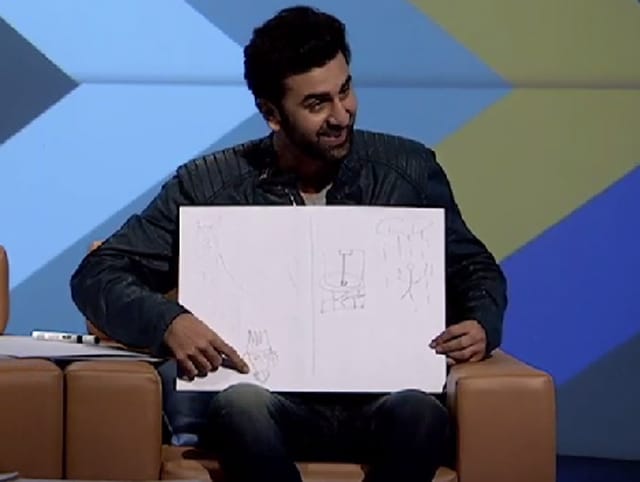 Did you understand that? If not here's the explanation from Ranbir himself.

Promoted
Listen to the latest songs, only on JioSaavn.com
Anushka and Ranbir may be good at box office games, but Pictionary doesn't appear to be quite their cup of tea.

Bombay Velvet is directed by Anurag Kashyap and is slated to release on May 15. It also stars Raveena Tandon and Karan Johar in pivotal roles.