Ramsingh Charlie Review: A Lovely Little Film About A Family Of Circus Artistes

Ramsingh Charlie Review: Kumud Mishra has the entire film to himself. His delicate methods are matched to perfection by Divya Dutta The circus comes and goes but life goes on: that was the takeaway from G. Aravindan's 1978 Malayalam classic Thampu. Nitin Kakkar's Ramsingh Charlie may not say as much but it employs a similar metaphor to highlight the struggles of an out-of-work circus performer.

Not that Ramsingh Charlie is anywhere near the league of Aravindan's timeless marvel of cinematic purity and documentary authenticity. But the Kumud Mishra-Divya Dutta starrer, streaming on SonyLIV, is a wonderfully unconventional Hindi film in its own right.

Scripted by Kakkar and Sharib Hashmi, the film tangentially evokes Mera Naam Joker (a 'clown' and his tragedy) and Do Bigha Zamin (an impoverished villager eking out a living in Calcutta as a rickshaw-puller). Not that it makes any overt effort to draw attention to these allusions. They are organically embedded in the tale and the setting. 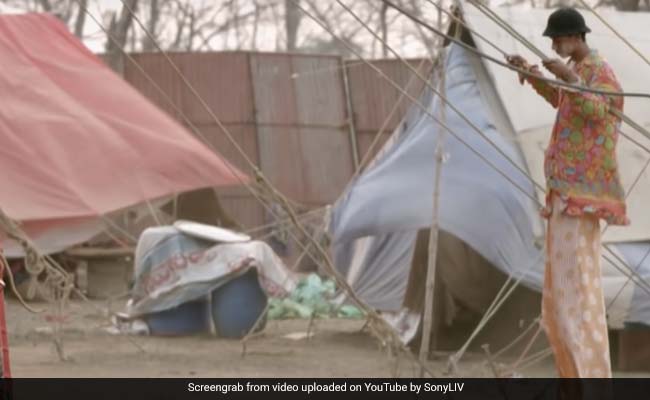 Inevitably, there's the Bard, too, and upfront at that. The film opens with a Hindi translation/paraphrasing of William Shakespeare's "All the world's a stage and all the men and women merely players..." monologue. When the titular character's life under the circus tent comes to an abrupt end, his mentor warns him that life outside will be a far bigger circus than the one he has been a part of all these years.

A lovely little film about a family of circus artistes fighting for the dignity of their craft, Ramsingh Charlie isn't a high-wire act. Neither does it sway to the usual rhythms of underdog tales. Notwithstanding its occasional use of happenstance to fuel dramatic progression, the film pans out in ways that you least expect.

Ramsingh Charlie, taking the cue from Shakespeare, sees life as "a poor player" strutting and fretting "his hour upon the stage". But it does not take recourse to high drama to articulate universal truths about the vicissitudes of life and about the nature of entertainment. The film celebrates the spirit of a performer who refuses to dilute his art for quick returns. It certainly helps when a rooted-in-theatre actor like Kumud Mishra is entrusted with bringing the titular Chaplin impersonator to life.

Mishra has the entire film to himself. In the manner of the proud entertainer that he plays in it, he is keenly aware of his place in the larger scheme of things. He slips into the skin of a mimic, whose life slides into chaos when the itinerant circus he was born into shuts down. He snaps in and out of it at will. The actor, while demonstrating the power of subtlety in all its glory, trains the spotlight on a specific fictional character's shifting relationship with the performance-within-a-performance persona on which Ramsingh's fame rests but which is now slipping away from him.

Mishra's delicate methods are matched to perfection by Divya Dutta in the role of Ramsingh's wife and fellow-performer. She is the man's sounding board and inspiration, and only a performance of the finest quality could have made the figure as convincing as it is.

Dutta alternates with unfailing efficacy between anguish and confusion and assertion and euphoria (which, of course, becomes rare in the alien setting the family is pushed into by circumstances). She conveys a range of emotions with arresting economy of means. 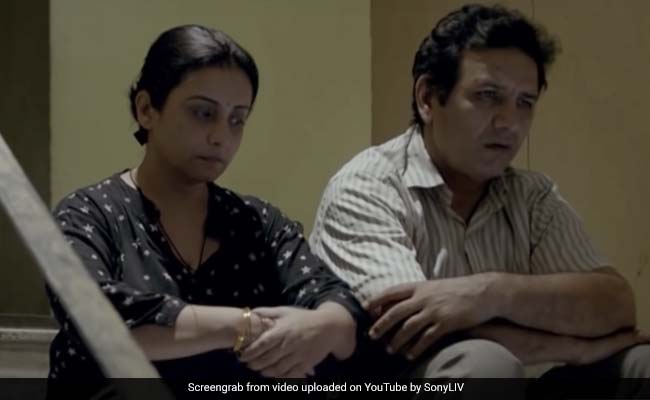 Their world collapses when the ageing woman who runs the circus (Salima Raza) - she is addressed simply as Masterji by her employees - makes way for her son Nabeel (Akarsh Khurana). The latter has no interest in keeping the loss-making circus afloat.

Nabeel pulls the plug on the enterprise without a warning, leaving Ramsingh and his co-workers, including the old violin player Jaidev (Surendra Rajan) and two other mainstays, the diminutive clowns Short (Lilliput) and Cut (K.K. Goswami), high and dry.

Instead of returning to his village from where his late father had migrated many years ago to join the circus, Ramsingh moves to Kolkata with his wife Kajri, who is pregnant with the couple's second child, and his pre-teen son Chintu (Rohit Rokhade), who, in all his innocence, hopes to step into his father's shoes one day.

The only home the family can afford in the city is an open terrace with a hint of an awning against a wall. The green domes of Kolkata's Nakhoda Masjid overlook the abode. On their first evening there, Ramsingh and Kajri stand at the edge of the terrace, staring at the busy street below. The former points to the bigger 'circus' that awaits him in the city. I have to plunge into its midst tomorrow, he says.

The city, harsh and full of unpleasant surprises, is Ramsingh's new arena but the performance, or even the possibility of one, isn't in his control here. By a quirk of fate, a hand-pulled rickshaw becomes his sole source of income. His dream of setting up a circus of his own is rekindled by a chance encounter with Masterji. The help extended by a new friend, Shahjahan (Farrukh Seyer), gives his hopes a shot in the arm.

When Kajri returns from the village with a newborn in her arms, she is understandably unhappy to see how far her husband has drifted from his much-loved calling. Not that she looks down on Ramsingh's current profession. She feels that it isn't up the man's street at all.

Accustomed to rapturous applause from a packed gallery, Ramsingh suddenly finds himself in the midst of a struggle much worse than anything life has ever flung at him before. His fate mirrors the state of forms of entertainment that new fads and modes have rendered redundant.

His abortive attempts to get back on his feet on his own terms also reflect the blurring of the lines that separate the exponent from his craft. He is repeatedly called a joker. He takes umbrage but can do little about it. He has to soldier on so that he does not become a laughing stock.

The supporting cast contributes handsomely. Akarsh Khurana, playing the hard-nosed businessman who kills the circus in one fell swoop, is terrific. Salima Raza as the empathetic Masterji, Farrukh Seyer as the friend the male protagonist makes in the city and Surendra Rajan as the violin player are all in their elements.

Ramsingh Charlie is mounted on a modest scale but it anything but it is small. It has layers that run deep and its sweep is excitingly expansive.