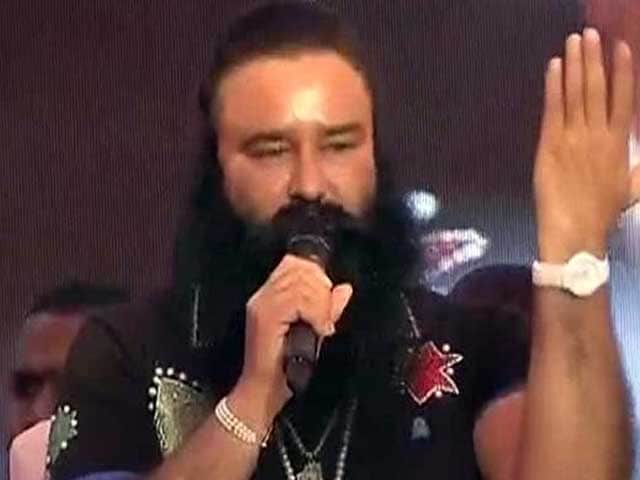 The Punjab government on Saturday decided to ban with immediate effect the screening of the controversial film MSG: The Messenger of God in view of reports of tension in several parts of the state and outside over trailers of the movie which stars Gurmeet Ram Rahim Singh, the chief of religious sect Dera Sacha Sauda.

"The screening of the film is likely to evoke strong emotional reactions leading to public display of conflicting emotions. The government cannot allow the chain of actions and reactions to pose a threat to peace and social harmony of the state," a press statement from the government yesterday said.

The decision follows protests yesterday in towns and cities across north India, including Delhi, over the film which, Sikh groups allege, "glorifies" the Dera leader who has several criminal cases against him. They have also alleged that Ram Rahim's dialogues in the trailers of the film are provocative and appear to challenge Sikhs.

On Friday, the police alongwith central paramilitary forces held flag marches in Amritsar, Bathinda and Ferozepur to maintain law and order. In Gurgaon in neighbouring Haryana, police made preventive detentions fearing clashes between the Dera chief's followers and protesters ahead of the film's premiere which was eventually not screened.

Promoted
Listen to the latest songs, only on JioSaavn.com
Members of Punjab's ruling Shiromani Akali Dal also protested yesterday outside the BJP headquarters in Delhi, demanding a ban on the film, which has been controversially cleared by the Film Certification Appellate Tribunal. The Akali Dal is an ally of the ruling BJP and participates in the government at the Centre.

Sikh organisations and the Dera Sachcha Sauda have been at loggerheads ever since Gurmeet Ram Rahim, the chief of the sect, appeared in an attire similar to that of Guru Gobind Singh, the tenth Sikh guru, in 2007 triggering a major controversy.